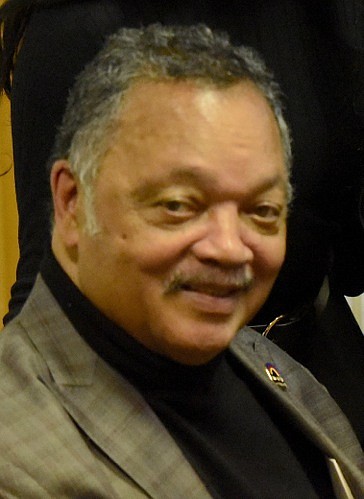 Commemorating 50 years since Dr. Martin Luther King’s assassination is the focus of the Rev. Jesse Jackson’s Rainbow/PUSH Wall Street Project Economic Summit set for Thursday and Friday. Now in its 21st year, the annual gathering is taking place at the Sheraton Times Square. This year’s summit theme, “50 Years After the Assassination of Dr. King: The Struggle Continues for Freedom, Equity and Inclusion in Corporate America,” focuses on the need for diversity in the corporate world.

Wednesday, Jackson hosted a pre-conference opener at the Sheraton providing insight into how African-Americans and other people of color are faring when it comes to diversity and

The Wall Street Economic Summit brings together the nation’s leaders, from politics to corporations to entrepreneurs, to discuss the economic parity and concerns unique to men and women of African-American, Hispanic and other minority cultures.

“At the summit we will be addressing Black unemployment,” Jackson said. “Trump has been hostile when it comes to poor people. He’s been talking about reducing the unemployment rate—that happened under Obama. As the recovery continues we need to urge investment in our own institutions like radio

Friday, sessions will focus on diversity in corporations. Events include a discussion with Black mayors from across the nation talking about job creation in urban and rural areas. There will also be session on the importance of getting more diversity on corporate boards. In the afternoon, Tonya Lewis Lee will moderate a panel discussion with women who are leading in their respective industries and helping to support others to make an entry into business.

“We’re looking to expand upon past progress and discuss ways to increase opportunities for minorities and women,” explained Jackson, senior founder and president of the Rainbow PUSH Coalition and organizer of the Wall Street Project. “There is still much more work to be done in terms of our freedom, equity, diversity and inclusion, particularly in today’s political climate.”