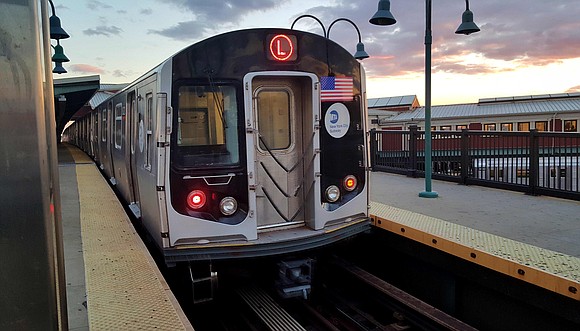 A Bus Rapid Transit Planning International report, commissioned by Transportation Alternatives, concluded that the MTA and City Hall’s contingency plan for the L-train shutdown doesn’t suffice. Last December, the New York City Department of Transportation and the Metropolitan Transit Authority released a joint plan for the L-Train shutdown set to begin in April 2019 and last 15 months. During that time period, the Canarsie Tunnel under the East River will close for infrastructure repairs after flooding from Superstorm Sandy damaged it.

In Manhattan, the city and the DOT would convert 14th Street into a busway and additional, protected bike lines would be added to 13th Street to accommodate cyclists who use the Williamsburg Bridge. The converted busway would only allow room for private cars. In Brooklyn, the city and the DOT have recommended three-person HOV restrictions on the Williamsburg Bridge during peak hours and adding new bike lines and ferry rides between the G, J, Z and M train lines.

“The street design measures included in this plan are bold and necessary,” read BRT’s report. “The replacement bus routes serve the most adversely affected commuters and are direct and short. With minor changes, this plan could significantly mitigate the problem.”

The report makes multiple recommendations for the DOT and MTA, including 24/7 operation of the buses (because the L train’s ridership isn’t limited to peak hours), extension of the 14th street busway, additional busways in Brooklyn, bus stops designed to handle high passenger volumes and strict vehicular turns across bus lanes.

Danny Pearlstein of the Riders Alliance said that although there are some good aspects of the DOT and MTA’s plan, there needs to be more.

“The proposed bus shuttle is gonna have a lot of trouble getting around,” said Pealstein. “They don’t get enough priority on the street. They don’t have full-time dedicated bus lines. We need 24/7 bus lines.”

The AmNews contacted the MTA and the DOT for this story. The DOT said someone would get back to us, but not one replied before this story was published.

“Bus Rapid Transit systems across the U.S. average speeds between 11 mph and 17 mph,” read the report. “If the L Train replacement services take the form of SBS, this will be a significant improvement over standard shuttle buses, but not sufficient to avoid severe bus congestion on 14th Street.” BRT’s report said speeds under 3 mph would lead to severe traffic across the city.

Pearlstein continued to stress the importance of the shuttle bus and how it grind things to a halt if they’re not careful. “The shuttle bus is gonna absolutely be key,” emphasized Pearlstein. “They need to get it right and make sure it operates at a level commensurate with the people who take it.”

Because of the significant number of nightlife establishments, restaurants and bars in the East Village and Williamsburg areas, Pearlstein said the bus has to match as close as possible to what the L-train would do for straphangers.

“What the riders need is a subway-like service,” said Pearlstein. “That means 24/7 dedicated bus lanes along as much of the route as possible. It has to go where the subways would normally go. It has to have room at stops so buses aren’t stopping against each other. They proposed dedicated bus lanes. We just need them longer and we need them to run all day and night.”

The MTA and the DOT have held multiple town halls around the city getting residents’ takes on the shutdown plan. Residents and small-business owners in Williamsburg have expressed worries about the financial fallout from the 15 months needed to fix the Canarsie Tunnel. Riders Alliance Executive Director John Raskin said, in a statement, that the potential anger of residents could be the least of the MTA and DOT worries if they don’t readjust their plan.

“People compare the L train shutdown to the apocalypse. I think they might be underestimating the apocalypse,” said Raskin. “If the city and the MTA don’t take bold action like implementing 24-hour bus rapid transit and running free bus shuttles between Brooklyn and Manhattan, then hundreds of thousands of L train riders and hundreds of thousands of neighborhood residents will be in for 15 months of misery and gridlock.”