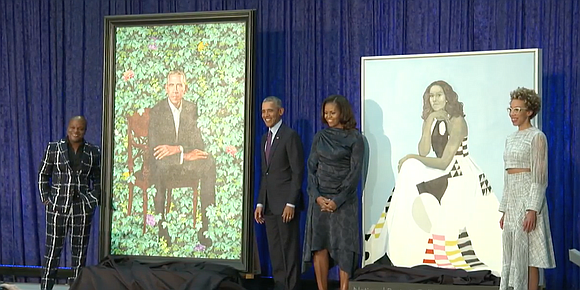 Former President Barack Obama and former first lady Michelle Obama re-emerged on the public stage Monday in Washington, only this time for an event that has nothing to do with politics.

The former first couple’s official portraits were unveiled at the Smithsonian’s National Portrait Gallery, a rite of passage for most former presidents, all of whom have their portraits hanging in the museum.