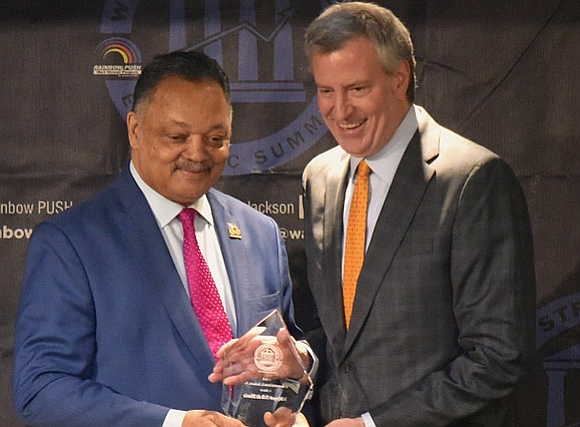 The Rev. Jesse Jackson wrapped the Rainbow PUSH Coalition and Citizenship Education Fund’s 21st annual Wall Street Project Economic Summit. The two-day summit was held at the Sheraton New York Times Square Hotel Feb. 9-10 with the theme, “50 Years After the Assassination of Dr. King: The Struggle Continues for Freedom, Equity and Inclusion in Corporate America.” The focus was on the need for diversity in the corporate world.

“We were commodities on the Stock Exchange. We are America’s original source of wealth,” said Jackson, founder and president of the Rainbow PUSH Coalition and organizer of the Wall Street Project. “We choose to come together each year and learn the science of capital. We came by way of the struggle to get our share of capital.”