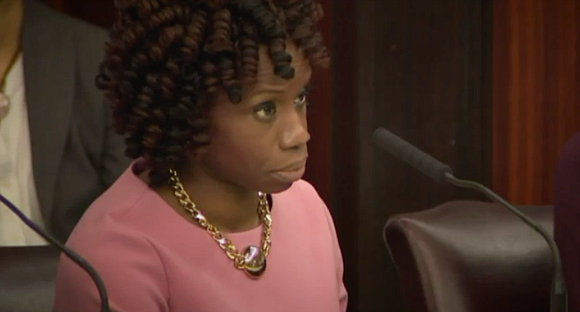 Critics want to replace NYCHA’s most effective leader in decades. There is a special vitriol our media and political class reserve for powerful women of color. Today, New York City’s Public Housing Authority Chair Shola Olatoye is on the receiving end of it.

The knives are out for one of the most accomplished and effective public servants in New York City, and one of the highest-ranking women of color in public life. We can’t let those forces win. To do so would deprive the 400,000 low-income New Yorkers who live in public housing—overwhelmingly families and seniors who are people of color—of the most compassionate and talented defender they’ve had in a generation.

Many other cities have given up on their public housing. They’ve privatized it or torn it down. Just a few years ago, New York looked to be drifting down that path. Olatoye has turned it around. She inherited a deeply troubled housing authority on the verge of bankruptcy, the victim of decades of mismanagement and underinvestment.

On her watch, crime in public housing is down. It fell 7 percent (http://abc7ny.com/nycha-crime-down-7-percent-at-new-york-city-publichousing/2784255/) across public housing last year alone. The time it takes to get repairs has fallen dramatically, down by nine days under this chair.

She took an annual deficit and turned it into four balanced budgets—and built up reserves—so NYCHA doesn’t shortchange vital services its residents depend on. She landed the biggest grant (http://www1.nyc.gov/office-of-the-mayor/news/206-15/mayor-de-blasio-senator-schumer-3-billion-federalfunds-repair-protect-33#/0) in FEMA history to repair Sandy-damaged buildings and modernize and protect them from future storms, flooding and power outages. That money is being spent on new boilers, elevating utilities and modernizing buildings that haven’t seen big overhauls in decades.

She has brought a new generation of leaders into NYCHA, and rid the authority of those who couldn’t deliver. It’s hard to find a senior post at the agency where the chair hasn’t brought in a fresh face or an outside perspective since she took over.

That is what progress looks like. It can be slow. And it’s never enough. But it’s what gives me confidence that NYCHA has the right leadership.

I don’t for a moment discount the tremendous problems that exist at NYCHA. The buildings and all their systems are aging from decades of disinvestment. There’s been improvement in the agency’s operations, but it still remains a challenging bureaucracy for tenants to navigate and make work for them.

Running public housing that’s under attack from Washington each and every day is a hazardous post. To hold the line would be an accomplishment in and of itself. To have made actual progress that translates into better lives for residents is heroic.

You won’t read about these good works in the newspapers. That’s nothing new for people of color in leadership. We’re used to pundits and critics who would rather tear us down than give us credit.

What’s come to define leaders such as Shola is that they stay on, despite the hostility. Like a good leader, she owns up to shortcomings, and then sets to work closing gaps and fixing what’s broken. She takes the punches and the punchlines. She does it because to leave would mean abandoning the hundreds of thousands of people depending on her to make their lives better. I don’t envy her job, but I am grateful she has taken it.

To the pundits who would like to replace the most effective leader NYCHA has had in decades, we remind them there is no superhero waiting in the wings. No new chair will ride in the door with $17 billion to replace elevators and boilers.

There’s no magic wand that will make the Trump administration or a Republican Congress more willing partners and shake loose the support they’ve owed our public housing for so long. No one can turn an agency’s entire bureaucracy of thousands of employees upside down in four years.

The question before us is not whether the state of public housing in 2018 is acceptable. It isn’t. The question is who is the right person to run it.

Chairwoman Olatoye is our best chance. She has the intelligence, the empathy and the experience. What she needs is all of our support. Her critics should start working together for her success, instead of plotting her failure.