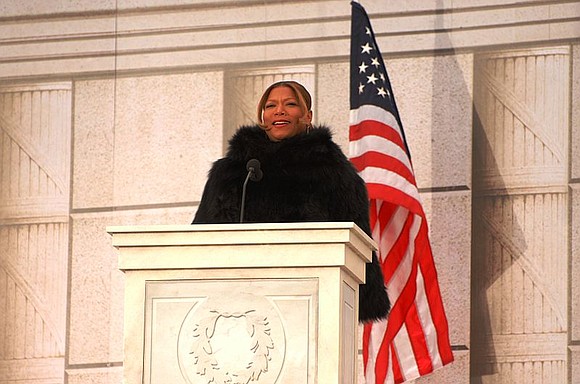 A Grammy, Emmy and Golden Globe winner, Queen Latifah founded a scholarship foundation for low-income youth and has worked to combat home foreclosures in disadvantaged neighborhoods. She also has been an effective advocate for international initiatives such as Let Girls Learn, the campaign started by former First Lady Michelle Obama that strives to provide support to 62 million girls around the world who do not have access to education.

“Queen Latifah is inspiring to us as students because she always projects herself through her work as a strong woman,” said RU-N undergraduate Adebimpe Elegbeleye, who served on the commencement selection committee. “She shows young women that we can do that too and young men that they need to respect that.”

Hill is best known for her 1991 testimony before the U.S. Senate Judiciary Committee during Clarence Thomas’ confirmation hearings for his appointment to the U.S. Supreme Court, a testimony that ignited the national conversation about sexual harassment that continues to command attention. She currently serves as a professor of social policy and law and women’s, gender and sexuality studies at Brandeis University.

“Rutgers–Camden is proud to present an honorary degree to Anita Hill during commencement this year,” said Rutgers University–Camden Chancellor Phoebe Haddon. “Professor Hill is one of our nation’s most powerful voices in addressing equality and discrimination, and has re-emerged as a central figure in the current national discussion regarding sexual harassment.”