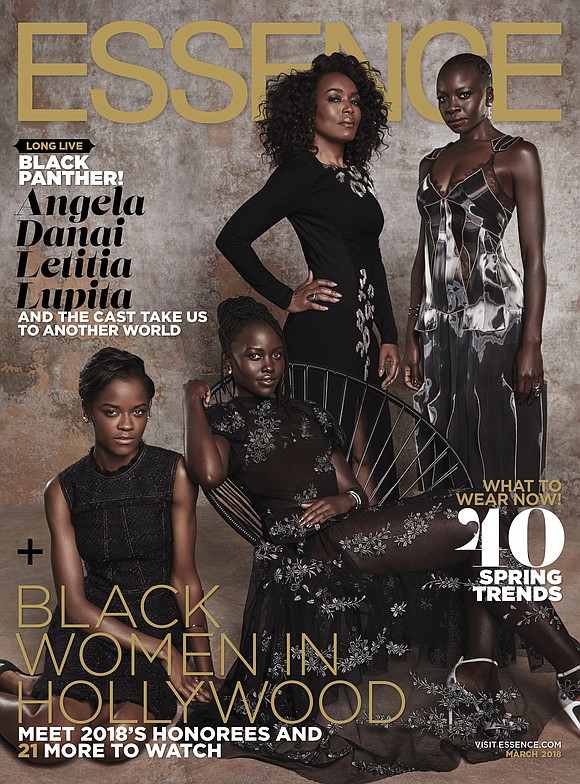 According to an article in Indie Wire posted Feb. 7, 2018, the industry predictors are suggesting that “Black Panther” will break many box-office records, stating, “It will very likely join the top five among all Marvel openings, but that’s only the beginning for Ryan Coogler’s superhero.”

In the article “Watch the Throne,” the cast and creatives expound on why this African fantasy feels very real. Playwright and actress Danai Gurira said that the role was appealing because she responds to the idea of powerful women. “The idea of creating a scenario where you’re seeing very powerful empowered Africans is really thrilling to me,” stated Gurira. “something my heart, soul and spirit yearned to see.”

Oscar-winning actress Lupita Nyong’o expressed what she felt, as an African woman, when she walked on the set of Wakanda, offering, “For me, as an African in this film, to walk on set and to see these incredible costumes and hairdos, these are the things I grew up seeing, but they’ve just been elevated to a fantastical place. We’re going to experience the richness of the continent because the continent is what has informed us of what Wakanda could be.”

In the role of the Queen Mother, actress Angela Bassett shared that when she received the call from the director Coogler, she had never heard of her character but was eager to play the stepmother of T’Challa.

What most critics are calling a standout performance by newcomer Letitia Wright, as the Black Panther’s super-smart sister and princess, second in line for the Wakanda throne, the young actress made it clear she understood what was being placed on her slender but capable shoulders.

Also in the March issue is a feature around their annual Black Women in Hollywood event, at which Essence honors those who shine beyond the screen—Danai Gurira, Tiffany Haddish, Lena Waithe and Tessa Thompson.

Tiffany Haddish on having fun while performing disclosed, “When you’re onstage, you need to be having fun. That’s the advice Richard Pryor gave me. No matter what I’m doing or where I am, I live by that philosophy…If I’m not having fun? Well, that’s when I end up getting arrested!”

Lena Waithe on winning an Emmy and telling our stories shared, “Being the first Black woman to win an Emmy for comedy writing was just…amazing, but I don’t want to be the last. The award is bigger than me. It’s about our industry, our society, taking a big leap forward. It’s about my ancestors, the women comedy writers and queer communities of color. I shared that moment with them.”

Tessa Thompson on breaking new ground with her roles said, “I feel as if I’m breaking new ground and providing more representation for women of color around the globe. But even if it wasn’t me, I’d still look at those projects and if I saw a woman who looked like me, I’d think, ‘Wow!’”