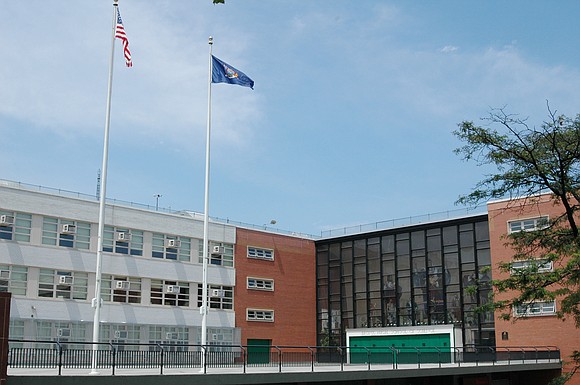 If you were to go to the page for specialized high schools on the New York City Department of Education’s website, you would find an overview of each school (there are nine) and a link to a timeline on how to apply for them. But at the top of the page, before all of that, you’d find a link to something called “Specialized High Schools Diversity Initiatives,” devoted to “supporting high-potential students from underrepresented communities.”

These three schools are the ones with the diversity problem. In a public school system that is approximately 70 percent Black and Hispanic, the elite public high schools show a Black and Hispanic population of less than 20 percent.

Being one of the few students of color at the big three specialized high schools is the tie that binds. No matter your age, there was a story of a Black or Brown student needing financial help to prep for the exam or dealing with an authority figure within the school not taking them seriously. The teachers, alums, principals and the DOE officials provide a window into what has plagued specialized high school in terms of diversity and what is being done to make the schools look like New York City.

One alum, who graduated from Bronx Science in the early 1990s and didn’t want to be named, said that he dealt with prejudice at the school during his years there.

“My entrance experience was straightforward,” said the alum. “I got a Barron’s study guide, read through it and took the exam. My tenure was typical of most students of color for that time—we endured the BS of the same discriminatory instructors there and complaints to the administration fell on deaf ears.”

Rob Jones, a Bronx Science grad, said that teachers didn’t provide him with many negative experiences, but one authority figure did.

“I do not feel I experienced discrimination from my teachers,” said Jones. “I did, however, have an incident with my guidance counselor. She was coaching me as to what schools to apply. When I told her I applied to schools like Stanford, Princeton, Yale, Boston University, etc., she made the comment to me that perhaps I should look at the SUNY or CUNY schools. I agreed until she said that I would fare much better with the SUNY or CUNY schools. I inquired as to why she thought I would do better at those schools than the Ivies and she replied that it would be better to be a large fish in a small pond than a small fish in a large pond. I let her know that I would do well in any ocean.”

Jones was a National Merit University winner based on his near perfect SAT and ACT scores and was accepted to all 28 schools he applied to, including the aforementioned Ivy League schools. He chose Boston University because the school provided the most aid. He now heads an international consulting firm.

According to Inside Schools, when examining the Black and Hispanic student populations at the big three specialized high schools, Stuyvesant, Bronx Science and Brooklyn Tech fare at 3 percent, 7.6 percent and 14.1 percent, respectively. Overall, the demographics of the Black and Hispanic students in the boroughs of these high schools is 68 percent, 89 percent and 65 percent, respectively.

Over the years, each school has grown in overall population, keeping all of their buildings beyond capacity. For example, Bronx Science’s buildings are designed to accommodate 2,300 people. The current student population of the school is approximately 3,000. Because of the size, many kids already feel like a small fish in a large pond. For Black and Hispanic students, that feeling can be tenfold.

The lack of Black and Brown young faces at these schools hasn’t gone unnoticed by teachers.

“If I don’t have them in class or don’t have them for lab, I may be their only male teacher of color even though there are other Black teachers at the school,” Bradshaw said. “They approach me in the hallways and ask me for advice. Just this week, two girls who I taught last year came back to me for advice.”

Bradshaw said that students not only ask him academic questions, but also questions of a personal nature. “They look at me as someone who’s going to understand their experiences,” he said. “Being in Brooklyn, born and raised myself, you try to make them feel comfortable.”

He continued, “When I started teaching, I would have a good percentage [of Black and Brown students] in my class. Now, I have maybe one or two students of African-American or Latino descent.”

Despite this decline, some graduates still see the benefit of specialized high schools and the necessity for Black and Hispanic kids to get into to them. Valerie Gulston, Bronx Science class of 1970, said that an acquaintance coughed up the money for her to take test prep for the specialized high school exam. She believes that more connections need to be made between the alums of color and prospective students.

“A patron stepped forward who was a friend of my teacher and provided $300 in funds for me to take the test prep course,” explained Gulston. “When I sat for the admission test it was easy, and I told my parents, ‘I got in,’ which I did. I think more minority kids would get in if they took the prep courses offered by the Khan Academy and similar organizations. Also, there should be some kind of meet and greet parties between alums and prospective students so kids can see potential mentors.”

According to a representative for the Department of Education, the DOE is doing more than enough to increase the chances of Black and Hispanic students taking and passing the SHSAT. They listed several programs recently implemented to assist middle schoolers looking to take the exam.

“Beginning in summer 2017, the DOE implemented the Discovery Program—a summer program for high-needs students who have achieved a score on the SHSAT that is within a certain range below the minimum cutoff score for admission to that school—at seven specialized high schools, including Bronx High School of Science,” said the DOE representative. “Last year, we expanded the program at Brooklyn Technical High School and added a new program at the High School of American Studies at Lehman College.”

The DOE representative also discussed SHSAT School Day, a program where the DOE offers the exam during the school day at seven middle schools. According to the department, the number of students testing at those sites increased by more than 50 percent. They expanded SHSAT School Day to 15 middle schools in the fall. DOE officials also spoke about the DREAM program, a free after-school program that prepares students for the SHSAT. Thirty after-school programs were added using the DREAM model last spring.

The DOE representative said that they want to continue expanding the Discovery Program.

“We will continue to work with the school community to implement a Discovery Program at Stuyvesant High School in summer 2018,” the representative said. “Implementing Discovery Programs at these schools will increase opportunities for a broader range of students to attend a greater number of specialized high schools.”

Bradshaw said that as a teacher, he tries to remain aware of what’s happening around him in the education world. If the DOE has all of these programs, it needs to be advertised more.

“I don’t see flyers in my community about tutoring for the high school,” Bradshaw stated. “I don’t know what’s happening at the middle school level. I’m not even sure if they have the resources and that’s the issue.”

Janella Hinds, vice president of Academic High Schools for the United Federations of Teachers, said her union has kept an eye on specialized high schools and their diversity numbers. Four years ago, UFT officials created a paper published with recommendations on how the DOE could address the lack of Black and Hispanic kids in specialized high schools. Titled “Making the Case for Change,” the paper recommended several ideas, including creating an admission path for top-performing eighth-graders; a path for those based on a “power score” that combines grade point averages, state-standardized English Language Arts and math tests, attendance records and a revised admissions exam aligned to the curriculum; free online prep material; and pre-registration for the exam for all eighth-graders.

“We firmly believe that testing the admissions on one assessment is the biggest issue,” emphasized Hinds. “The specialized high school’s admissions test requires that a student really understands how the test is designed and do a lot of planning and preparation. It is not an intuitive assessment. We believe that the test shouldn’t be the sole measure used for admittance.”

Although the DOE claims it is doing as much as it can do, other organizations have picked up the slack. PASSNYC’s mission is for students who don’t come from “feeder” schools (that represent less than a fifth of the total number of New York City middle schools) to have a shot at prepping for and getting into specialized high schools via the exam.

Akil Bello serves on the board of PASSNYC and explained that not enough is being done to increase the diversity of specialized high schools. He spoke about the organization’s mission and the urgency of its leaders to get on the ball.

“The problem is beyond the SHSAT, which isn’t to say there aren’t problems with the test,” said Bello. “The problem of access for Black and Hispanic students is driven by economic, structural and social factors driving inequities that will not be addressed quickly or simply. The programs that are implemented to address these problems are a simple Band-Aid on a gaping wound.”

Bello said that the problem with Black and Hispanic kids and specialized high schools boils down to three things: if Black and Brown children (and their parents) are aware of the benefits of these schools like other parents are; if the growth of charter schools and diversity initiatives at independent schools siphons top Black and Brown talent from specialized high schools; and if schools in their communities are getting the same quality instruction with free prep programs for the SHSAT exam that are accessible. PASSNYC wants to tackle those things one by one through promoting access to the SHSAT exam in underserved areas.

Bello also mentioned the program launched in 1995 to help promising Black and Hispanic students get into specialized high schools.

“The program, however was changed [to the DREAM-SHSI] following a law suit that claimed bias in the criteria by which the program selected their students and thus altered who go into the program,” said Bello. “This has likely also contributed to the growing racial imbalances. The new initiatives that the DOE launched in June 2016 are a step in the right direction, but they will not likely show dividends for another year or so. Those initiatives are largely outreach programs designed to address the awareness of the schools. This will do nothing without concurrent improvements in student preparation.”

No matter the issues Black and Hispanic children have either getting into specialized high schools or dealing with potential discrimination, there’s no dispute that entry into one of these institutions gets you a leg up or the chance to take advantage of a major opportunity. Many alums have jobs in business, tech and media and have used their experience for good. It’s something that Jones acknowledges.

“I would recommend Black and Latino students to go for getting into exam schools like Bronx Science and for Black and Latino teachers to teach at those schools… until we develop our own,” Jones said.