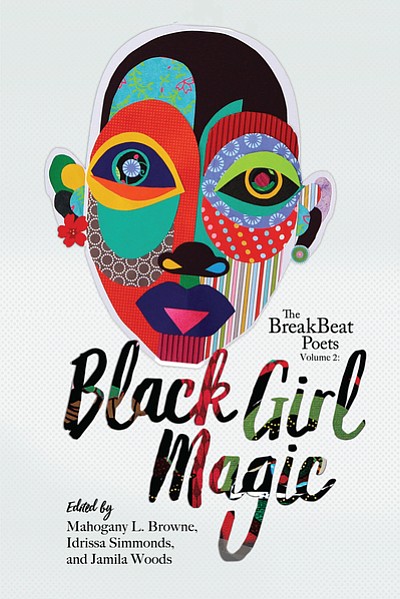 As we enter the new year with America clinging to the past and surviving the divisive efforts of a new presidential administration, it is always good to take the time to look for reminders that the national African-American community is still thriving and expressing itself without reservation. There is an array of books by Black authors who share stories and the artistic and intellectual prowess of bright, accomplished African-American individuals.

If you’re looking for some new books to inspire you and your family, make sure you take the time to grab these three books, which are diverse in content, context and narrative, but share the purpose of empowerment for the Black American. Retired NFL player Aaron Maybin shows with his book, “Art-Activism,” that he is more than an athlete. His vibrant art pieces and powerful stories of being Black in Baltimore will penetrate any reader’s heart and mind. “Diversifying Diplomacy” tells the story of Ambassador Harriet Lee Elam-Thomas who emerged from the streets of Boston to become a distinguished diplomat. “The BreakBeat Poets Vol. 2: Black Girl Magic” is a collection of poetry from a few of America’s most talented Black women poets, Jamila Woods, Mahogany L. Browne and Idrissa Simmonds.

It is more important than ever to support Black authors, thinkers, artists and speakers so that the Black community stays educated and immersed in strong role models.

Aaron Maybin is barely 30 years old, and yet he has lived a number of experiences that make both his work and his thinking far beyond his years. Maybin, a former NFL first round draft pick, artist, writer, father and teacher offers critiques and analysis on the church, politics, education policy and criminal justice reform just to name a few, through the lens of a young man coming of age at a period in America’s history as pivotal as the Civil Rights era of the 1960s. A native of Baltimore, Maybin was front and center when his hometown erupted into chaos following the death of a young man in police custody. These very same areas have been left in the conditions that they were in since the riots of 1968 following the assassination of Dr. King, but Freddie Grey wasn’t the first to have been killed by law enforcement in Baltimore, and Maybin knew this all too well. These truths can be found in the profound images captured in the paintings, photography and sketches that are throughout the book.

“Diversifying Diplomacy: My Journey from Roxbury to Dakar” by Harriet Elam-Thomas and Jim Robison (Potomac Books)

In her new memoir “Diversifying Diplomacy,” Ambassador Harriet Lee Elam-Thomas shares the story of her life as a young Black woman who distinguished herself with a diplomatic career at a time when few colleagues looked like her.

“Diversifying Diplomacy” presents the journey of this successful woman who not only found herself confronted by some of the world’s heftier problems but also helped ensure that new shepherds of honesty and authenticity would follow in her international footsteps for generations to come. It covers her current work as the director of the University of Florida Diplomacy Program to ensure that future generations of diplomats are a more diverse and empowered group.

“Black Girl Magic” continues and deepens the work of the first “BreakBeat Poets” anthology by focusing on some of the most exciting Black women writing today. This anthology breaks up the myth of hip-hop as a boys’ club, and asserts the truth that the cypher is a feminine form. Poet and vocalist Jamila Woods was raised in Chicago, and graduated from Brown University, where she earned a BA in Africana Studies and Theatre & Performance Studies. Influenced by Lucille Clifton and Gwendolyn Brooks, much of her writing explores Blackness, womanhood and the city of Chicago.

Mahogany L. Browne is a Cave Canem and Poets House alumna and the author of several books, including “Smudge” and “Redbone.” She directs the poetry program of the Nuyorican Poets Café. Idrissa Simmonds is a fiction writer and poet. Her work has appeared in Black Renaissance Noire, The Caribbean writer, Fourteen Hills Press and elsewhere. She is the 2014 winner of the Crab Creek Review poetry contest and a New York Foundation for the Arts and Commonwealth Short Story Award Finalist.