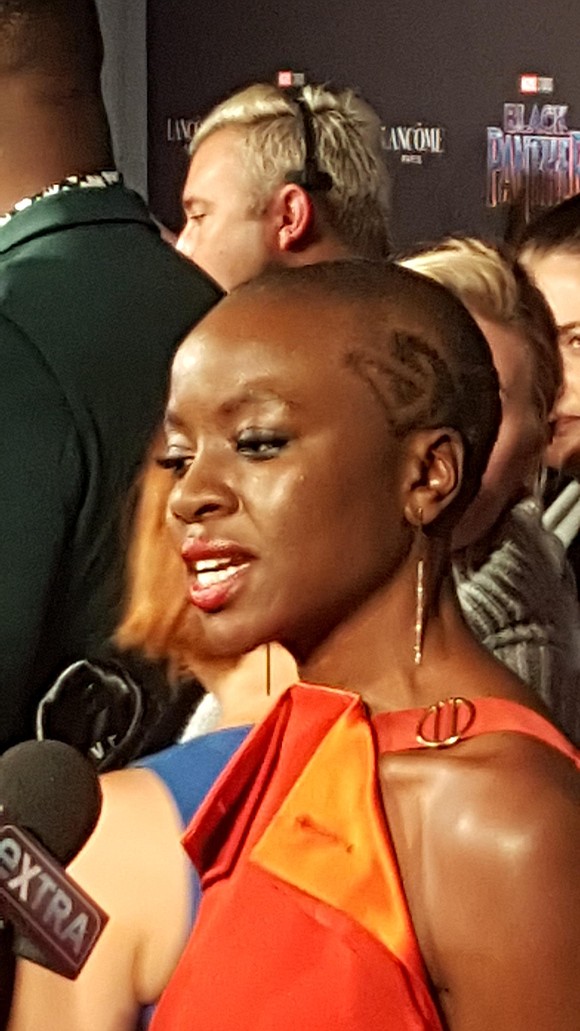 The fashion kids, fashion editors and fashion #trendsetters flocked to the special invitation-only event held at New York City’s Industria. The occasion was simple. “It was an official “Welcome to WAKANDA,” hosted by Marvel Studios’ “Black Panther.” The immersive event was to celebrate the upcoming release of the movie and to showcase bespoke designer pieces and capsule collections inspired by the film.

The line wrapped around the block with photographers chasing the cast of “Black Panther” and the invited VIPs, like something from Federico Fellini’s 1960 iconic movie “La Dolce Vita.” Photographers’ flashbulbs temporarily lit up the New York night, making all eyes in the direction of the paparazzi frenzy.

In a word “Welcome to WAKANDA” was “lit.” The event was beyond capacity, but the lucky VIP guests got a great peek at the fashions that fit the funky Afro-centric, futuristic vibe that drips throughout the Wakanda universe.

On hand—fashion-wise—was Chromat, Cushnie et Ochs, Fear of God, Ikiré Jones, LaQuan Smith, Sophie Theallet and Tome. These seven designers were selected because of their dedication to empowerment and individualism through fashion. To that end, they created one-of-a-kind pieces interpreting different characters and themes from the movie. In a word—dope!

After the event, the bespoke looks were auctioned off via CharityBuzz.com in support of Save the Children, an international humanitarian organization that gives children a healthy start in life, the opportunity to learn and protection from harm.

Additionally, “Black Panther”-inspired capsule collections from Brother Vellies, Douriean Fletcher and Josh Bennett were also on display at the event, with each becoming available for purchase on their respective websites Feb. 13.

Douriean Fletcher’s work you’ve seen because she handmade all of the amour, breastplates, bracelets and jewelry that the actors are wearing in “Black Panther.” So when you look up at those towering Billboards or watch the Wakandian female warriors protect the king (aka the Black Panther), know that an African-American woman made everything by the sweat of her brow and the skill of her fingers.

Not to be lost in the crowd, Lexus is the official automotive partner of New York Fashion Week, and they displayed the 2018 LC 500 car that was used during the filming of “Black Panther” as part of the installation.