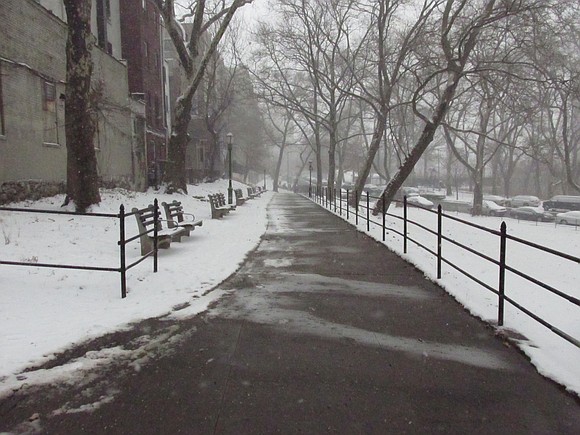 In a one-two punch of brutal winter weather, a snowstorm could slam the New York region later this week, followed by the coldest air thus far in this relentless arctic outbreak.

The first snowstorm of 2018 could dump half a foot of snow or more on Long Island and wreak havoc on Thursday’s commutes. Storm watches are already up for Suffolk County and much of New Jersey for snow beginning Wednesday night.