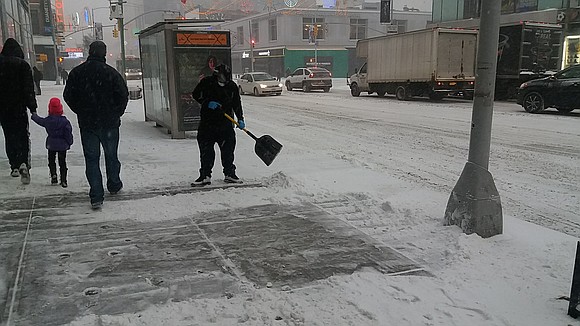 The so-called "bomb cyclone" winter storm pounded parts of the New York area with over a foot of snow in areas, and is being replaced by the coldest air mass of the season that will see dangerous sub-zero wind chills for days.

States of emergency were declared in New York City, Westchester County and on Long Island, and in coastal New Jersey counties, according to the governors in New York and New Jersey.