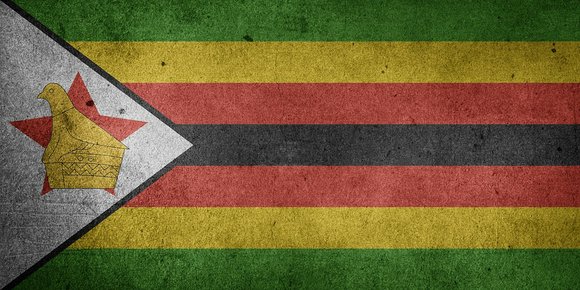 The December 12th Movement, having the honor and opportunity to observe the Extraordinary Congress of Zimbabwe’s revolutionary party, the Zimbabwe African National Union–Patriotic Front during its historic transition of power this past December, gave a comprehensive report, including video footage, to the community Wednesday, Dec. 27, 2017 (Kwanzaa’s Kujichagulia, or self-determination day).

The report first and foremost sought to clarify the actual situation on the ground in Zimbabwe and dispel Western media attacks that have always sought to undermine the actions of Zimbabwe’s sovereign government.

Before a packed house of seasoned Pan-Africanists and community members at Sistas’ Place, Viola Plummer, chairperson of the December 12th Movement, gave a historical perspective on Zimbabwe’s national liberation struggle and the indispensable role of the revolutionary party, armed forces and leadership in its success. These revolutionary forces, “carry within its legacy victories over the racist colonial empire of Ian Smith’s Rhodesia; Western inspired civil war; injustices of phony Western ‘willing seller, willing buyer’ land reform; the historic revolutionary land reform program and the illegal sanctions war against the people of Zimbabwe.”

It is in this context that the current struggle and transition to new leadership must be seen. It is in this context that a video of the Nov. 13, 2017, news conference of Gen. Constantine Chiwenga, chief of the Zimbabwe Defense Forces, was shown, stating that the armed forces had a constitutional responsibility to act and would not hesitate to act against actions (intraparty strife) that seek to undermine the sovereignty of the country, its peace and the safety of its people. Actions, not of a coup, but of Zimbabwean constitutional actions designed to defend the country and the revolution.

The report explained that ZANU-PF had reached a point where internal party struggles had begun to destabilize the party and the government itself. The situation demanded swift and decisive actions to expose and neutralize anti-party forces that had surrounded former President Robert G. Mugabe. These forces then used their positions and proximity to the former president to work outside and against party norms and government regulations.

Stabilized the country under the leadership of the Zimbabwe’s revolutionary armed forces, which carried out its constitutional mandate to defend the country’s people, whose safety and sovereignty is the highest priority.

Insured that the country’s leading (elected) party, ZANU-PF, took responsibility for defending the gains and legacy of the Zimbabwe national liberation struggle and consolidated itself around new leadership after former President Mugabe, submitting to the party’s will, resigned from party and government leadership.

Assured that ZANU-PF would be able to hold its previously scheduled Extra-Ordinary Congress, the party’s highest making decision body, which approved the actions taken and set the basis for a unified approach to restoring the country’s economy and productivity and preparing for the 2018 Harmonized National Elections.

At the end of the Party Congress, Operation Restore Legacy was officially ended.

The audience saw video of parts of the former vice president and newly inaugurated president, His Excellency Emmerson D. Mnangagwa’s, address to the Congress.

“We are indeed a competent and forward thinking party, able to define a new vision, without being swayed away from its founding and defining principles, as it enters a new era,” President Mnangagwa said. “Let us be mindful that ZANU-PF is not the party of its leader, but the party of its members, a party for us all. As your president and first secretary, I am first among equals, but equals we are. Each individual cadre is essential and each cadre will help shape our destiny.”

On the question of corruption, the president declared, “Let us vow as a party that this evil must come to an end now! Let us never allow people to use their party membership as a cover to be corrupt, to cut corners, doing shady deals.”

He continued, “The need for discipline as party members cannot be overemphasized, as it is the pre-requisite if the party is to score successes in all its endeavors. Political discipline begins with observing and safeguarding the Party Constitution.”

For those who thought otherwise, President Mnangagwa most importantly stated, “For the avoidance of doubt, let me assure Congress, the party membership and the nation at large, that the principle of repossessing our land cannot be challenged or reversed. To do so would be a betrayal of the brave men and women who fell in our protracted war of liberation, those who sacrificed their lives in our quest to regain our land. Indeed, land and agriculture are at the core to us as a people and central to our economy.”

Omowale Clay of the December 12th Movement said, “We are political allies and friends of ZANU-PF and the people of Zimbabwe. ZANU-PF is an important structure for African people to study and learn from. So when there are contradictions, they are material. There is a structure of people and discipline. They have a weapon of a party, of strategy and tactics to take them through the highs and the lows. We have material faith in these brothers and sisters, and President Mnangagwa, who fought in the war beside former President Mugabe. We will continue to do all that we can to work with ZANU-PF and demand an end to the illegal economic sanctions imposed by Western European nations led by Great Britain and the United States.”

In answer to a question from the audience, Clay made it clear that former President Mugabe’s achievements— revolutionary war veteran, founding member of ZANU-PF, initiator of the land reform program, chair of the African Union in 2015 and head of the Southern African Development Community) in 2014, among others— remain untarnished by the acts of those counter-revolutionaries who surrounded and isolated him in the past few months. Indeed, this year Zimbabwe will begin honoring his birthday, Feb. 21, as a national holiday.

Zimbabwe’s Harmonized General Elections will be held in 2018, and the people of Zimbabwe will have the opportunity to vote for their representatives for president and Parliament for the next five years.