Leah Anderson off to fast start for St. John’s 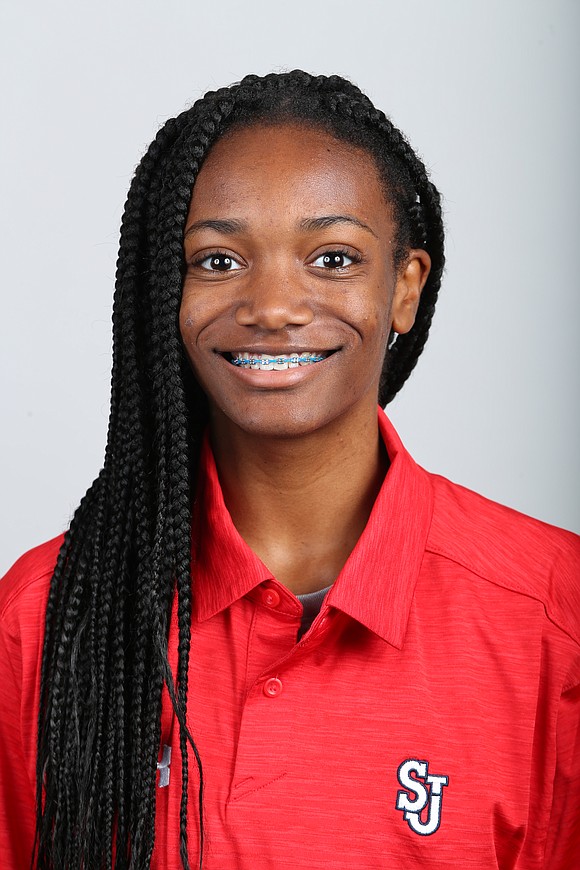 Freshmen typically ease into things, but that’s not how it happened for Leah Anderson of St. John’s University. At her very first indoor track meet as a member of the Red Storm, Anderson, from Mt. Vernon, N.Y., dominated both the 200-meter, which she hadn’t run since freshman year of high school, and 400-meter races. As a result of her accomplishments at the Bill Ward Invitational, she was named Big East Women’s Track Athlete of the Week.

“I was surprised,” said Anderson, who was recruited by athletic programs all over the country. She said her mother is somewhat overprotective and didn’t want her to go too far from home. St. John’s amazing track program, led by head coach Jim Hurt and sprints coach Aliann Pompey, was definitely a draw.

Organized track didn’t come until high school. As a kid, Anderson just knew she was the fastest kid. “No one was able to catch me. … I was faster than the boys,” she said.

Anderson said college life has been a transition. She’s had to learn how to balance training with her studies in graphic design, her intended major. Heading into her first sprint races of the season, Anderson was fairly relaxed.

“I was told several times that it was a practice meet and I shouldn’t worry about it too much,” Anderson said. “I figured, it’s still a meet, so you have to do well. I did what I did in high school—stayed calm, waited for an event to come up that was close to my race so I could start warming up. You don’t want to warm up too early or too late. I did warm up too early, so I was a little out of breath before my race, but I was able to get it back and perform well.”

Anderson, who dreams of being an Olympian, was ecstatic when she learned of the Big East honors. There is no time to rest in her training or studies.

“I have to dedicate a lot of my hard work to drawing and putting in effort with my schoolwork,” said Anderson, who made good grades fall semester. “Track is also very demanding. I try to balance them out.”

The Red Storm next compete Jan. 13 at the Towson Tiger Invitational at the Armory in Washington Heights.