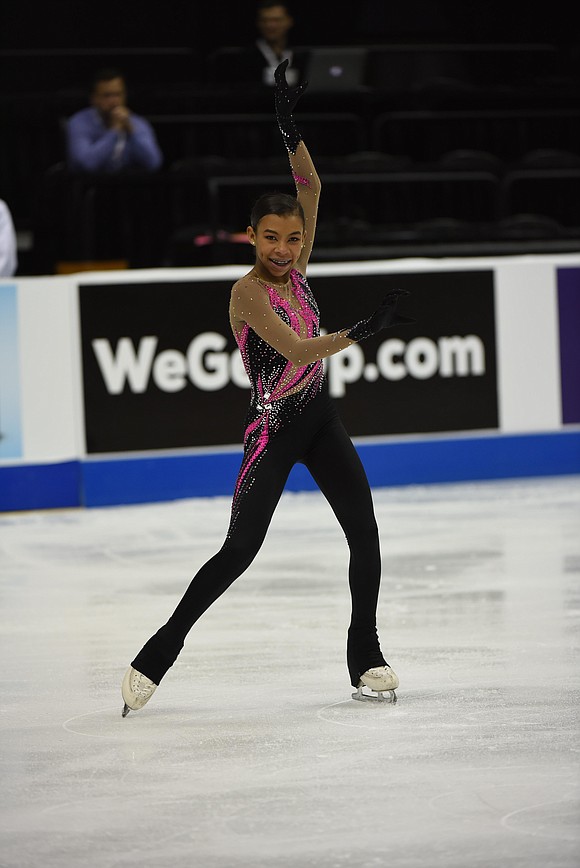 As she makes her national debut in the senior ladies’ division at this week’s U.S. Figure Skating Championships in San Jose, Calif., Starr Andrews will have ample inspiration from her musical selections. For her short program she will skate to “Fever” performed by Beyoncé. Her free skate is set to “One Moment in Time” by the late Whitney Houston.

“I am very excited,” said Andrews, 16, who finished second in the junior ladies’ division at the 2017 U.S. Championships. She skated in her first senior event over the summer and competed internationally this fall at Golden Spin in Croatia.

“I just have to run my programs every day, be consistent and I’m not really worried about anybody else. I’m trying to beat my own high score,” she said.

Andrews lives and trains in Los Angeles. She’s grateful that the U.S. Championships are in the same state and there won’t be snow. They’re keeping the family contingent relatively small—just Andrews, her mother and one of her sisters because she prefers no distractions.

The international competitions helped give Andrews experience and exposure, and she refuses to be rattled by unfamiliar surroundings. She approaches each event with a similar mindset.

“I’m becoming more experienced,” she said. “With all the good competitions and the bad competitions, I’ve learned a lot of lessons and I’ve grown from them.”

She added, “You always have to stay positive. I like to listen to music to pump me up before I skate.” “Sorry Not Sorry” by Demi Lovato is one of her favorite jams.

She definitely has favorite pre-competition meals. If she skates early in the day, she’ll eat pancakes. If she’s competing in the evening, it’s spaghetti with marinara sauce. For her long program, Andrews wears a lucky earring given to her by five-time U.S. Pairs Champion Tai Babilonia, a hoop with a heart charm.

Looking to increase the technical content in her programs, Andrews worked on the triple Axel (done by very few female skaters) for several months. It was progressing well, but a bad fall caused an ankle injury, so she has put it on hold until after the season. She works with a dance coach to improve presentation.

“She helps me to look bigger because I’m a tiny person,” Andrews said. “The way you put your head up and reach out to the audience or the judges—not only use your arms, but your shoulders and your back.”