Dr. Martin Luther King Jr. on capitalism: 'This is not just' 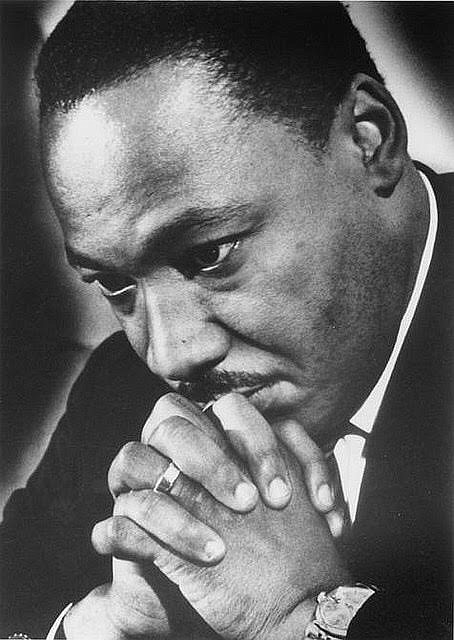 As the nation prepares to commemorate the immeasurable achievements of courageous civil rights activist Dr. Martin Luther King Jr. Monday, the 89th anniversary of his birth, a closer look is taken into how he grew from being known as a peaceful preacher to being one of the most feared Black men in America.

Named Michael King Jr. shortly after his birth on Jan. 15, 1929, in Atlanta, Ga., his father legally changed both their names five years later to that of the 16th century founder of the Protestant religion, Martin Luther.

Following his father’s footsteps to the pulpit and into social activism, he’d become a voice for the voiceless during local protests before rising to national prominence in 1955 after two separate defiant stances against the racist Jim Crow segregation laws that were prevalent in the South.

First, that March, a 15-year-old African-American schoolgirl named Claudette Colvin refused to give up her seat to a Caucasian man on a Montgomery Bus, but because she was pregnant and unwed, she received little support.

However, after Rosa Park’s similar insubordinate stance on Dec. 1, Dr. King became the figurehead of the Montgomery Bus Boycott, which lasted for 385 days and economically crippled the city bus line.

“We should’ve started our own bus line then,” suggested African scholar warrior Dr. Leonard Jeffries, who celebrates his own physical day on Jan. 19. “We brought them to their knees.”

Although Dr. King will eternally be linked to peaceful protests and nonviolence, some contend that he caused more revolts against the system in the U.S. than any other Black man since Nat Turner.

The mainstream media tend to ignore some of Dr. King’s more progressive stances and to manipulate his messages, such as the dissertation he delivered Aug. 28, 1963, during the March on Washington for Jobs and Freedom. Incorrectly called the “I Have a Dream” speech, it was actually titled “Normalcy, Never Again” at the time he presented it.

“Dr. King was making a case for reparations,” contends Jeffries. “He said, ‘America has given us a bad check.’ He wasn’t a dreamer. He was a man of action who sacrificed his life for the people.”

The father of Black Power, Dr. Kwame Ture added, “That was Dr. King’s weakest speech. The ones he did in 1967-68 where much stronger and revealing.”

As the U.S. military industrial complex dragged the country into another capitalistic, colonizing conquest overseas, major opposition to the Vietnam War brewed domestically. King stayed focused on his civil rights plight, for the most part, even though he opposed the conflict because of its massive depletion of the U.S. economy and its resources, which instead could be utilized to benefit the needy at home.

As his understanding grew, he also began publicly speaking against the “triple evils of racism, economic exploitation and militarism,” explaining the perils of capitalism and how that system is slanted against Americanized Africans.