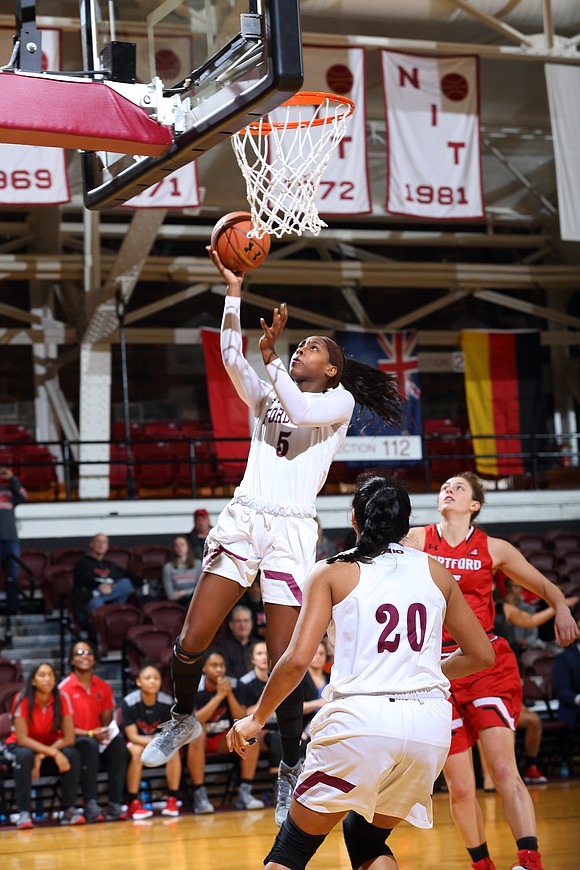 Frigid cold winter temperatures cannot dim the competitive fires of the women of Fordham University basketball. Currently 12-4 and undefeated in conference play, the Rams are playing cohesively and with clear intent. Even injuries have not stopped them.

Coach Stephanie Gaitley, now in her seventh season at Fordham, said chemistry is strong. The team’s foreign tour to Spain and Italy last summer helped the players come together as a collective unit determined to succeed. It prepared the team for what Gaitley described as the “toughest out-of-conference schedule.”

“G has matured a lot this year. She really took ownership over the role of being a leader and a captain,” said Gaitley. “Bre hadn’t played for two years because of having to sit out. After she got through the foreign tour and the first couple of games of actually being on the court again, her confidence picked up. She’s gaining confidence through each game.”

Junior guard Mary Goulding is currently injured, but hopes to be back in the rotation in approximately two weeks. Despite the challenges, Gaitley is ecstatic with the poise the players are showing, particularly the five freshmen that are seeing serious minutes.

“To be able to start it this way in conference and to beat Hartford and U.C. Davis in a Christmas tournament, and we beat Pitt without G playing, it shows different players have stepped up,” Gaitley said. “It’s almost like next man up if you can answer the call.”

Gaitley took over a Fordham program that was languishing. She got the Rams back to the NCAA Tournament for the first time in decades and made the team a consistent postseason presence. There have been growing pains, but the team has a positive aura surrounding it. Commitment to doing well in the classroom is essential in the players she recruits.

“Fordham is a great people place,” said Gaitley. “We put a lot of time and energy into our marketing. Our attendance has grown a great deal. We’re excited about where we are with the future.”