Ghananian women versus U.S. gold mine that destroyed their farms 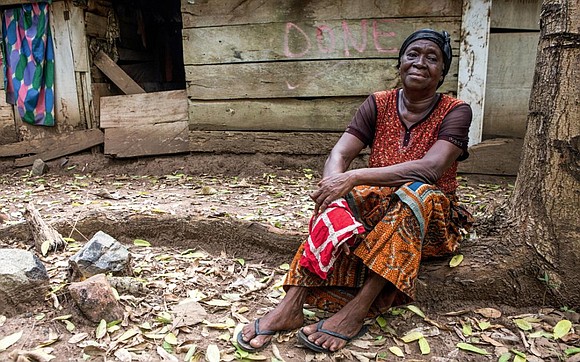 (GIN)—On the website of the Colorado-based Newmont mine, the top page reads in bold letters, “Culture of Zero Harm.”

This statement might come as a surprise to the Ghanaian women of Dormaa-Kantinka, whose farms have been threatened and or seized by the company many thousands of miles away.

Yaa Konadu, a 74-year-old grandmother, was given the bad news from one of her workers. “Newmont has destroyed the farm,” she was told. Many of her cocoa trees were ruined. A red notice with a case number was the only sign of the culprit of the devastation.

In a heart-rending report by U.S.-based environmentalists in the latest Sierra Club magazine titled “Fool’s Gold,” the story of women in the central Brong-Ahafo region of Ghana, fighting to keep their family farms against the efforts of the second largest gold mining company to take them, unfolds.

Newmont reportedly offered Yaa Konadu 1,500 Ghanaian cedis, or $343, for her 8 acres of farmland that had supported her family for generations—land she’d inherited from her grandmother—and approximately $50 for the small farmhouse. There was no direct negotiation, she told Sierra Club, and she accepted the sum, feeling she had no choice, but she refused the $50 for her home as woefully inadequate.

The U.S. company faces opposition from local Ghanaians. According to the Ghana Chronicle of Aug. 3, “irate youth” living within the Newmont Ghana Gold Ahafo Mine Area staged a massive demonstration against the company for failing to hire local workers in the better-paying jobs while employing staff from outside the area. Further, they told reporter Michael Boateng, the company failed to honor training programs for the locals and neglected locally owned companies for awards of contracts.

Newmont claims it has paid $36 million and $42 million as royalties and taxes, respectively, with $363 million spent in the Ghanaian economy.

Mine manager Derek Boateng defended the company but acknowledged that employment expectations and resettlement challenges remained huge problems. Also, illegal mining by small-scale miners known as “galamsey” was a “great menace” which government, stakeholders and other relevant institutions had to stamp out, he said.

Meanwhile, chemicals used in gold mining have killed fish near the Newmont Processing Facility. Residents and activists with the Wassa Association of Communities Affected by Mining blame a cyanide spill. Also, despite claims by the company of investment in women’s initiatives, the rates of unwanted pregnancies have increased and schoolgirls point the finger at Newmont workers, nurse Regina Dufie told the Sierra Reporter.

Praises for Newmont are frequent from government officials who in 2016 named it Mining Company of the Year. A video of Newmont’s early days in Ghana and the local opposition can be seen on YouTube under “The Case of the Newmont Ahafo Goldmine in Ghana. “