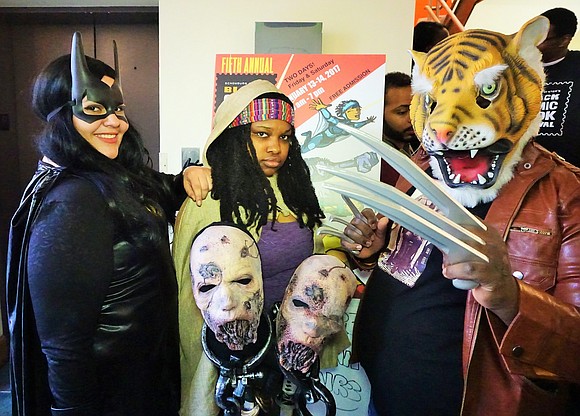 Starting at 10 a.m. Jan. 12 and 13, the Schomburg Center for Research in Black Culture will be hosting the sixth annual Black Comic Book Festival. The BCBF will be showcasing the latest works from independent Black comic book artists and writers.  This year the BCBF will be hosting a cosplay show, workshops, competitions, film screening and panel discussions on social issues and society’s image of the Black male masculinity, along with a limited edition sixth anniversary program book, festival T-shirts and exclusive content from Lexus and Marvels’ “Black Panther: Soul of A Machine.”  Attendees are welcome to wear cosplay costumes.

In previous years, more than 12,000 people have attended the two-day event. Attendees usually include comic enthusiasts, publishers and writers. The Schomburg Center hosts annual events such as BCBF to encourage unity in the African-American community through creativity and literature.

Since 1925, The Schomburg Center has been one of the most eminent African Diaspora institutions based in Harlem. Writer and historian Arturo Alfonso Schomburg was also a well-known collector of African Diaspora artifacts. Many of Schomburg’s finds were sold to the New York Public Library’s Division of Negro Literature, History and Prints. Eventually, the New York Public Library opened an exhibit of Schomburg’s collection at the 135th Street branch and renamed the branch the Schomburg Center for Research in Black Culture. There are more than 10 million items in the collection.

The Schomburg Center was declared a National Historic Landmark in 2017 and won the National Medal for Museum and Library Service in 2015.

The Schomburg Center is located at 515 Malcolm X Boulevard in Harlem. The event is free. Donations will also be accepted. Registration is currently open and available at schomburgcenter.eventbrite.com. For more information about the Schomburg center, please email schomburgED@nypl.org.