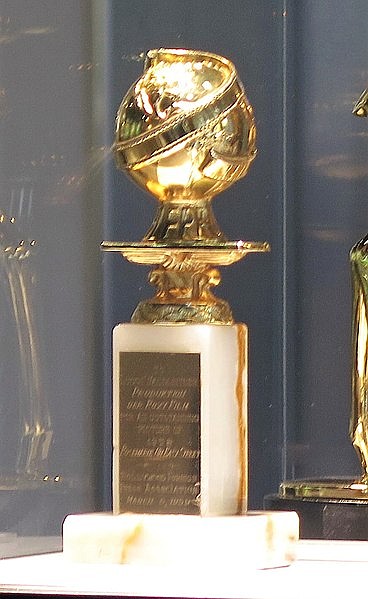 The moment the 75th Annual Golden Globe Awards began, Twitter went officially “nuts” waiting for Oprah Winfrey to take the stage. From the start, the ceremony was engrossed with the politically charged #timesup climate. Everyone wore black. Seth Meyers flirted with jabs at Donald Trump, and by the time Winfrey left the stage, the world was hash-tagging #Oprah 20/20. It was a rousing call to arms for her to run for president. One of the best tweets came from Leslie Odom Jr: She’s running. A new day is on the way.

Winfrey said many things that stirred the crowd but most—including myself—felt a certain way when she addressed the future, our young people, our hope. “I want all the girls watching tonight to know that a new day is on the horizon,” she said. “Take us to a time when nobody has to ever say #metoo again!”

When Oscar predictions are made, the awarding of the Golden Globe—created by 93 of Hollywood Foreign Press Association in 1944—always throws a curve ball. Many of us could not contain our disappointment that “Get Out” did not take home an award. Fox Searchlight’s “Three Billboards Outside Ebbing, Missouri” the drama field with four wins, for Best Drama, Actress, Frances McDormand; Supporting Actor, Sam Rockwell; and Screenplay, Martin McDonagh. This win gives “Three Billboards” a boost going forward, as frontrunners McDormand, Rockwell and McDonagh compete for Oscars.

Now that the Golden Globes are a fading memory, the industry heads really turn toward the coveted race to win an Oscar. Jordan Peele’s “Get Out” and Dee Rees’ “Mudbound” are still very much in the running to score an Oscar nod and Jan. 23, when the industry makes their announcements, the race will truly begin.

The economic impact of such shows reaches deep into a studio’s pockets. The voting is in full swing for the 2018 Oscars, and it’s fair to say it’s an atmosphere perfumed with well-conceived campaigns to bring home the gold. According to many industry estimates, approximately $100 million is spent on campaigning during Oscar season. This hefty figure includes the postal mailing of DVDs to those key voters, the hiring of expert PR consultants to run an effective campaign and buying advertising space that could run as high as $70,000 or more in a trade publication such as The Hollywood Reporter.

And the excitement around the award season becomes a big win for television networks and entertainment shows, which means they increase their premium ad rates as a direct result of the Oscars and Golden Globes.

Then it’s the actual awards ceremony that requires serious spending—the nominees require transportation, hair and makeup for every single Hollywood A+ list party. It’s like Christmas all over again for the top stylists, established designers, hair and makeup people and image consultants.

Then it’s time to party, and those after-parties, held by Vanity Fair, for example, are estimated to cost approximately $5.6 million (according to data provided by Micronomics). Then there’s the money spent on transportation, security and hotels by those who go to Los Angeles for the ceremony. The total cost of renting 2,000 limousines for the Oscars at an average of $110 per hour for eight hours was $1.8 million, according to the same report. And the trickle down of spending gives the Los Angeles area a big boast of $130 million to its economy as a result of just the Oscar awards ceremony.

The Oscars nominations will be announced Tuesday, Jan. 23, 2018. The 90th Oscars will be held Sunday, March 4, 2018, at the Dolby Theatre at Hollywood and Highland Center in Hollywood, and will be televised live on the ABC Television Network at 6:30 p.m. ET/3:30 p.m. PT.