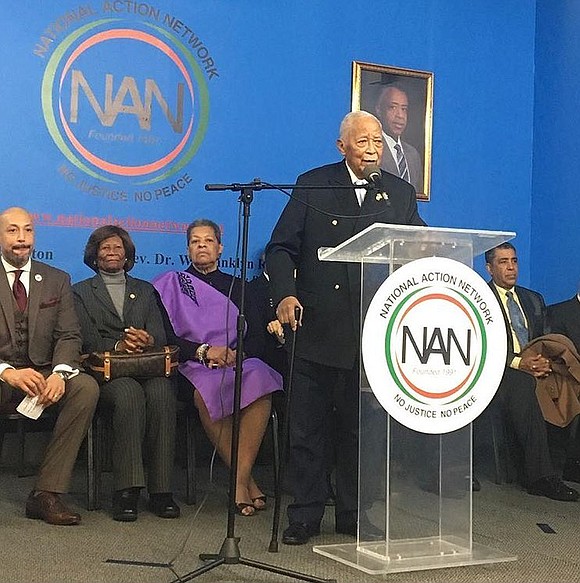 The event was led by the Rev. Al Sharpton, who spoke to a crowd of 200 at the National Action Network in Harlem on Monday.