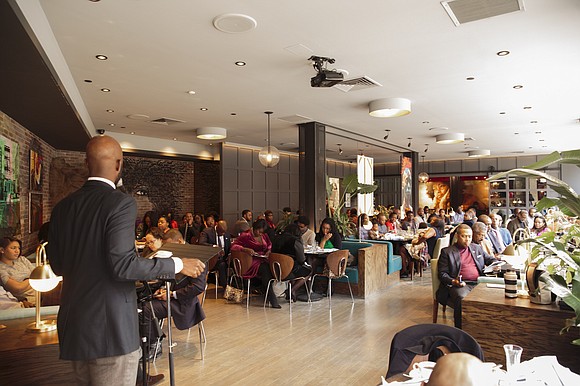 Several awards were given to local alums from the historically Black, all-male college. The keynote speaker for the event was Assistant Commissioner at New York City Department of Health and Mental Hygiene and Morehouse alum Dr. K. Torian Easterling.

King was admitted to Morehouse College in Atlanta at age 15 when he passed the school's entrance exams. He graduated with a degree in 1948 with a degree in sociology. On the King holiday current Morehouse college students participated in various community service activities around Atlanta