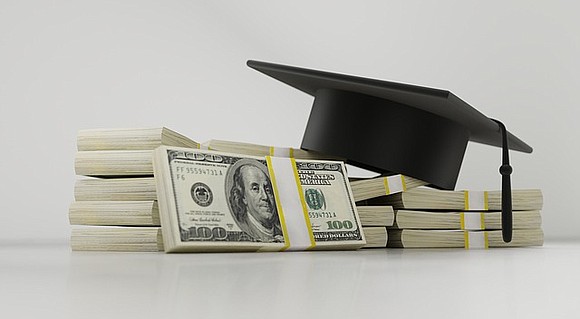 Mounting student debt is a nagging problem for most families these days. As the cost of higher education rises, borrowing to cover those costs often becomes a family concern across multiple generations, including the student, parents and even grandparents or other relatives.

Today’s 21st century jobs usually demand higher education and specialized skills to earn one’s way into the middle class. In households where educational loans are inevitable, it becomes an important family decision to determine which institutions are actually worth the debt incurred. Equally important is the institution’s likelihood of its students graduating.

Higher education institutions that do not provide their students and graduates with the requisite skills and knowledge become money pits that lead to deeper debt and likely loan defaults.

New research by the Center for Responsible Lending analyzed student debt on a state-by-state basis. An interactive map of CRL’s findings reveals on a state basis each of the 50 states’ total undergraduate population, for-profit enrollment and the top for-profit schools by enrollment for both four-year and two-year institutions.

Entitled “The State of For-Profit Colleges,” the report concludes that investing in a for-profit education is almost always a risky proposition. Undergraduate borrowing by state showed that the percentage of students who borrow from the federal government generally ranged between 40 to 60 percent at public colleges, compared with 50 to 80 percent at for-profit institutions.

Additionally, both public and private, not-for-profit institutions, on average, lead to better results at a lower cost of debt, better earnings after graduation and the fewest loan defaults.

“In many cases, for-profit students are nontraditional students, making sacrifices and struggling to manage family and work obligations to make better lives for their families,” noted Robin Howarth, a CRL senior researcher. “For-profit colleges target them with aggressive marketing, persuading them to invest heavily in futures that will never come to pass.”

CRL also found that women and Blacks suffer disparate impacts, particularly at for-profit institutions, where they are disproportionately enrolled in most states.

She was also left with $21,000 in student debt. As a result, she has struggled since matriculation with low credit scores and cramped housing conditions for herself and three children. For her, public schools, according to Brianna, are “better in the long run” because of their lower cost, despite having more requirements for attendance.

Similarly, Elena, a 35-year-old Latina, enrolled in a for-profit institution after seeing television commercials for the local branch of Everest College targeted at those without a GED, such as herself. Assured by Everest that she would earn between $13 and $15 an hour working as a pharmacy technician, she thought that wage would have been enough for her to repay tens of thousands of dollars in student loans and interest she incurred. Yet, the best wage she could find with a pharmacy paid only $10.50 an hour.

Elena also shared that the financial aid officers at Everest encouraged her to apply for “all these monies [grants and loans] that I could get.”

She added, “And they took it all—all of it. And yes, I am left with this bill.”

These two personal experiences are magnified across the country with high female for-profit college enrollment. For example, the Midwestern states of Indiana, Michigan and Wisconsin have female-dominated for-profit enrollment and disproportionate Black enrollment, too. These states also had some of the lowest for-profit graduation rates after six years of study.

In Georgia, Louisiana, Maryland, Mississippi and North Carolina, median for-profit student debt levels at graduation in these five states was much higher than that of their public peers, ranging from $29,947 to $34,891 for for-profit students compared with $21,605 to $23,638 for public students.

These disparate outcomes are even more grievous when one takes into account that for-profit colleges are primarily funded by taxpayers, receiving up to 90 percent of their revenues from federal financial aid such as Pell Grants and federal student loans. Veterans educational benefits are additional taxpayer-paid revenues.

These findings and others document how Americans are investing heavily in higher education, but, in large part, the choice of institution determines whether they will receive what they paid for—gainful employment.

Charlene Crowell is the communications deputy director with the Center for Responsible Lending. She can be reached at Charlene.crowell@responsiblelending.org.