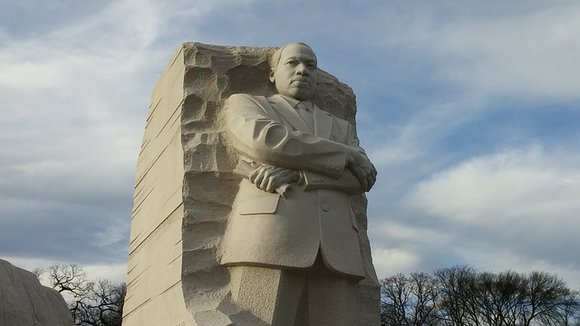 At the time of his death, Dr. King was in Memphis, Tenn., to support the strike of poor African-American sanitation workers—part of Dr. King’s multiracial Poor People’s Campaign launched in December 1967. Although Coretta Scott King and the Rev. David Abernathy picked up the torch and led the Poor People’s March on Washington that May, the crusade could not be sustained. Today we have the opportunity to revive it under the leadership of our good friend the Rev. Dr. William Barber and the Rev. Dr. Liz Theoharis, co-chairs of the 2018 “Poor People’s Campaign: A National Call for Moral Revival.”

The campaign, which will include some 40 days of coordinated direct actions in at least 25 states this spring, will bring together grassroots movements, old and new, that have already been winning victories throughout the nation. Not the least of those is the multiracial, multi-denominational Moral Monday movement in North Carolina, headed by Barber. Among its victories was the 2016 ouster of right-wing Gov. Pat McCrory, the only GOP governor defeated that year.

Dozens of organizations have signed on to the campaign, including the Institute for Policy Studies, which recently released the report, “The Souls of Poor Folk: A Preliminary Report.” The study addresses the evils that the 1968 campaign was organized to address: racism, economic exploitation and militarism. To those it adds ecological destruction, an overriding issue of our time.

The report notes that in many respects, the situation in the nation has worsened since 1968. For example, the criminalization of poverty has led to the increase in incarceration rates for people of color from less than 50 percent in 1978 to 66 percent in 2015. And women of color are the fastest growing segment of the nation’s incarcerated today.

We’ve also witnessed an alarming shredding of the social safety nets and a rise in voter disenfranchisement and environmental racism. These problems are all exacerbated by the dramatic increase in economic inequality, which will increase as the disastrous tax bill further enriches corporations and the super-rich and starves entitlements. It is worth noting that the people aren’t buying it, even as the Koch brothers and their disciples spend millions to sell the bill. Opposition to the bill continues to run approximately two to one.

A central catalyst for the galloping economic divide is the steep decline in unionization. With the rapid loss of U.S. manufacturing jobs and the increase of anti-labor policies, the share of U.S. workers in unions has fallen from some 25 percent in 1968 to 10.7 percent in 2016. This decline has exerted downward pressure on wages even as the economy expands. That is why the fight for $15 is not just about the working poor; it’s about all working people. Dr. King understood this problem well; a central demand of the 1968 campaign was a guaranteed minimum income.

We must ensure that the 2018 campaign holds high the banner of union rights and the right to organize. Without the participation of unions, we will not be able to escape the Trump/McConnell/Ryan nightmare. The tax bill notwithstanding, we ended a year of resistance with the wind at our backs, capped by the defeat of an alleged child molester in one of the deepest red states. That was preceded by victories in New Jersey and Virginia. We can win similar electoral victories this year.

From the Women’s March last January, to countless electoral victories, to #MeToo movement, women have taken the lead in the battle against Trumpism. The election of Doug Jones in Alabama would not have been possible without an extraordinary turnout of African-American women.

The poll numbers for 45th president stands at record lows. The IPS study reminds us that we all, regardless of race, gender or class, must tackle these systemic problems if we’re going to preserve our democracy, our society and our planet. What is needed is leadership that can unite the disparate movements.

Dr. King was assassinated because he, too, called for systemic change. Let us heed his words: “We must see that now that the evils of racism, economic exploitation and militarism are all tied together. … You can’t really get rid of one without getting rid of the others. ... The whole structure of American life must be changed.”