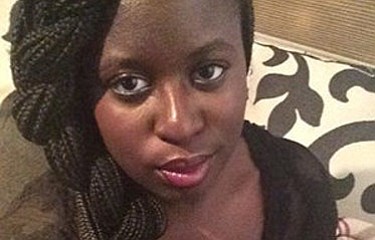 Black film critic and writer, Aramide Tinubu, confronted the lack of diversity of the film press at the Sundance Film Festival this year. Her essay for ShadowandAct.com, “Why Is There No Black Press at the Sundance Film Festival?” examines the underwhelming presence of Black writers, film critics and journalists at the festival. She wrote, “...as I stood in the press lines each day, or in waiting rooms before my interviews, I was one of the only people color. Aside from Black Girls Nerds Editor-in-Chief Jamie Broadnax and her crew, Sundance seemed void of writers from Black publications covering the various films and events. But why is that this case?”

The brief, yet poignant personal essay opens the door to explore why the mainstream entertainment community continues to lock Black critics out of press releases, festivals and screenings.

Tinubu wrote, “From what I can determine, the Black press simply isn’t as valued in the entertainment space. Though we are constantly writing about and trying to get through the door to speak with artists of color, our phone calls and emails often go unanswered. At Sundance, it’s up to us to network with one another. Each year, the legendary Bevy Smith, for example, makes it a point to host a cocktail hour for people of color attending Sundance to meet and greet each other, connecting on various projects and opportunities.”

Although there are small attempts for the Black filmmakers, media and colleagues to get together and support one another, it’s always important to highlight the systemic issues, never being satisfied with leaving it only up to Black writers to uplift and open doors for one another, but to highlight the need for change as Tinubu has done in her essay. She continued, “Though Black actors, directors, publicists, and screenwriters are at and have been attending events like Sundance in full force, the representation of the Black press is abysmal. This speaks of a continuing disconnect in Hollywood, which is not just about a lack of representation, but a reluctance to bridge the gap with Black audiences as a whole. Black film criticism in particular is so important and yet so undervalued.”

Tinubu wrote her master’s thesis on “Black Girlhood and Parental Loss in Contemporary Black American Cinema,” so her lens of systemic reality of Black people in film as an art and in the film community is important and should be sought after much more. Her input, including this essay, can be inspiring for Sundance and the international film community at large to take a look at its treatment of Black press, to create a more inclusive future for Black film and arts critics at large.