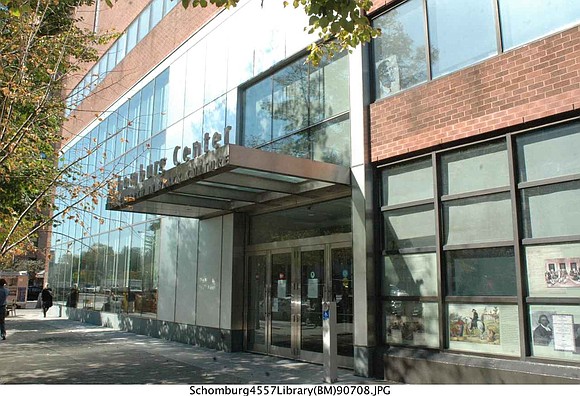 “If you wish to move mountains tomorrow, you must start by lifting stones today.” Surely, astute historian Arthur Alphonso Schomburg must’ve had this African proverb in mind as he globetrotted, amassing millions of artifacts from throughout the Diaspora during the late 19th and early 20th centuries.

Since 1926, when the New York Public Library and the Carnegie Corporation purchased Schomburg’s extensive trove of art, literature and other rare materials for $10,000, the artifacts have been on public display at the NYPL’s 135th Street branch in Harlem. He was initially appointed as curator and utilized the funds to travel and acquire more material, which he also donated. The library was renamed the Arthur Schomburg Center for Research in Black Culture in 1940 and still stands at 515 Malcolm X Blvd. today.

Although it had already been regarded as one of the world’s pre-eminent research facilities on African history for many decades, having been remodeled during the past several years has brought the world-renowned Schomburg Center up to date. It also received National Landmark status last January.

Born Jan. 24, 1874, in San Turce, Puerto Rico to a Black Cruzan mother and a Puerto Rican father of German ancestry, Schomburg set off on a life-long mission to unearth Africa’s glorious past. Having experienced much racism as a youth, after countless years of research he made a clear distinction about his ethnicity and classified himself as an “Afro-Borinqueño,” an “African-Puerto Rican.”

He studied African literature and commercial printing as a youth before migrating to Harlem on April 17, 1891, settling at 135th Street and Lenox Avenue. In 1918, Schomburg’s family relocated to 105 Kosciusko St. in Bed-Stuy, Brooklyn, but still maintained their Harlem residence.

Throughout the next decade-plus he became a prominent figure during the Harlem Renaissance, aligning intellectually with Marcus Garvey, Countee Cullin and other literary giants.

Schomburg self-published his inspirational essay, “The Negro Digs Up His Past,” in March 1925, which master teacher Dr. John Henrik Clarke credited as the article that caused him to seek out the self-taught scholar as a teen. Dr. Yosef ben-Jochannan also connected with Schomburg in Harlem’s trenches during the 1930s.

“They dedicated their lives to doing research and writing publications to show to the world the contributions of Africans and their descendants in various fields of knowledge,” noted Africana Caribbean Studies professor, Dr. Georgina Falu. “They devoted their lives to correcting history.”

Today, the Schomburg Center stands as one of the leading institutions on Africa’s rich heritage, with more than 10 million items.

Schomburg stated, “The modern school without systematic lectures turns out many graduates who lack retention. No sooner has the sound of the word left their teacher's lips, the subject has been forgotten.”

For more information, go to www.schomburgcenter.org.