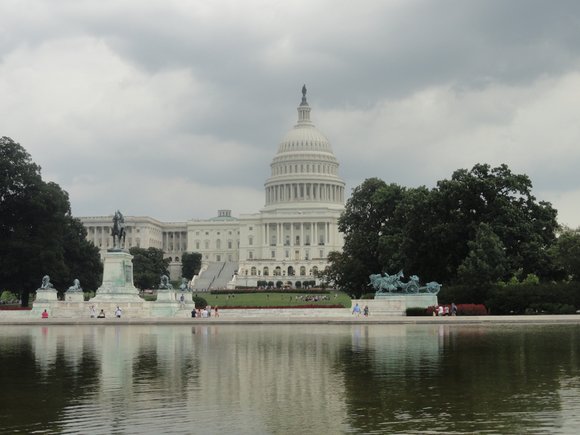 Part multicultural festival, part meet and greet, the New Year’s gala hosted by Professionals in the City is a unique experience. Photo by Lysa Allman-Badwin

Monday, the U.S. Senate voted on a deal to end the government shutdown. The deal includes the continuing funding of the Children’s Health Insurance Program for another six years and keeping government open until Feb. 8.

“Once again, Republicans took this country, and the livelihoods of many of our members, to the brink for no good reason,” said 32BJ President Hector Figueroa in a statement. “Republicans control both houses of Congress and the presidency: they own this shutdown. Now, America is faced with the choice of a shutdown or more broken promises from Republicans.”

American Federation of Teachers President Randi Weingarten echoed Figueroa’s sentiments and believed that any American president whose party is in power and who is not named Donald Trump would’ve avoided a shutdown.

“The Trump shutdown was completely avoidable if President Trump and Republican leaders had been willing to negotiate in good faith,” said Weingarten in a statement. “But far from being a leader or the dealmaker he makes himself out to be, Trump’s erratic behavior and his deference to his staffers and right-wing ideologues like Gen. John Kelly and senior policy adviser Stephen Miller, created chaos and caused this shutdown.”

Although the new deal funds CHIP for six more years, no deal was made involving Deferred Action for Childhood Arrivals. In the past month, Senate Majority Leader Mitch McConnell promised a DACA vote on the Senate floor if the Democrats passed a short-term funding bill. Democrats passed the bill. There’s still no vote. This bill also promises a vote on DACA by Feb. 8.

Organizations such as MoveOn.org and United We Dream aren’t happy with the new deal and with the Democrats accepting a deal that doesn’t protect DACA beneficiaries.

“This is a bad, outrageous deal,” said MoveOn.org Political Action Executive Director Ilya Sheyman in a statement. “Trump and Republicans in Congress stood with their anti-immigrant nativist base, and too many Democrats backed down, abandoned Dreamers and failed to fight for their values.”

“There is no way to spin this—immigrant youth will suffer in detention camps and be deported because both parties delayed a breakthrough on the Dream Act today,” stated United We Dream Executive Director Christina Jimenez.

Meanwhile, the bipartisan deal agreed upon contains another $31 billion in tax cuts and a temporary delay in three health care-related taxes tied to the Affordable Care Act designed to offset the cost of expanding coverage. One of those taxes is a tax on medical devices.

“It is up to the Senate and House to act on their promise to take up a bipartisan solution before the Feb. 8 deadline,” said Figueroa. “If Republicans were to put a clean Dream Act and disaster relief on the floor today, it would pass with broad, bipartisan support. The American people who overwhelmingly support Dreamers want more bipartisanship in Congress. They are tired of being left in suspense as to whether Republicans will actually do their jobs. Unless Republicans in Congress get it together for Feb. 8, they are going to be in for a reckoning on Nov. 6.”

Weingarten kept it short when she pushed for Congressman Paul Ryan and House Republicans to find a solution for Dreamers as soon as possible. “The clock is ticking,” she stated.