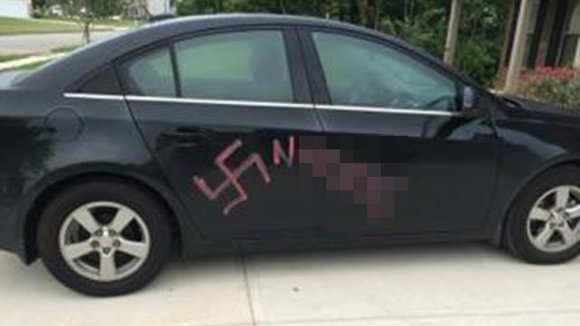 The National Association for the Advancement of Colored People (NAACP), the nation’s premier civil rights organization, issued the following statement regarding a new study showing a rise in hate crimes last year.

According to new data “hate crime totals for the 10 largest cities rose for four straight years to the highest level in a decade.” The NAACP believes there is a direct relationship between the rise in hate crimes exemplified by the continual #LivingWhileBlack incidents and other reported crimes and President Donald J. Trump’s xenophobic rhetoric and racist policies.

The report shows that racially-motivated crimes comprise nearly 60 percent of overall crimes, and African Americans remain the most targeted group. Overall “Anti-Black, anti-Semitic, anti-gay and anti-Latino were the most common type of hate crimes,” said the study authors.

“From campaign to election, this president has spewed the language of division and hate and it has manifested in not only racist policies, but in racists acts against people of color and other groups,” said NAACP President and CEO Derrick Johnson.

While the data showed a 12 percent rise in hate crimes over 2016 in 38 of our nation’s largest cities, the failure of at least 90 of the largest cities to report any hate crimes, particularly those against the disabled community, indicates the numbers may actually be higher.

In an op-ed appearing in the St. Louis Post-Dispatch, researchers also mention the impact of fraudulent Russian Facebook Ads designed to create “racial discord” and suppress Black votes during the 2016 presidential election as a possible factor in the rise in hate crimes. They argue that “further research is needed, but there appears to be a correlation between the rise in targeted racially divisive social media ads and a near-contemporaneous rise in hate crime.”