Even when you’re winning, you gotta keep on pushing 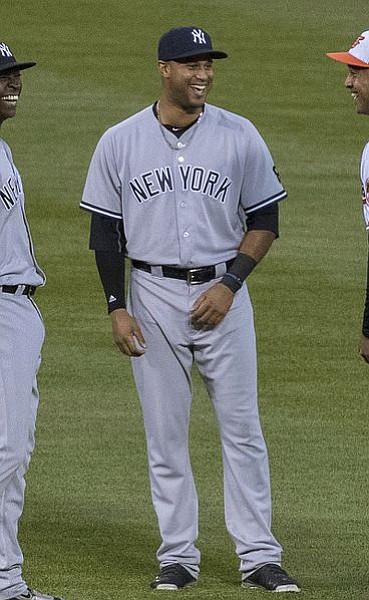 The New York Yankees started the weekend with 52 wins and 26 losses. Four games less than the Boston Red Sox (55-27), who they played this weekend and who led their American League East division by percentage points after Yankee games had to be rescheduled because of inclement weather earlier this season. For example, they’ll play a double header Monday in Baltimore because of a rainout May 31.

The three weekend games matched baseball’s two best teams, the Yankees versus the Red Sox, their seventh, eighth and ninth games against each other this season. The Yankees took two of the three blowout games, 8-1 Friday and 11-1 Sunday. Boston’s win Saturday was a shocking 11-0 shut out, with 30 runs combined in the Bronx.

The Yankees lead the series 5-4. The teams will play again in August, four games, the second to the fifth in Boston, and three more in the Bronx in September. They’ll both close out the regular season against each other again in Boston before the start of the postseason—19 Yankees versus Red Sox games this season.

Wins and losses out of these 19 games will be more important than in previous years. Both teams have been estimated to win close to 100 out of the 162 day games this season. Whoever wins the most will secure first place in the division. The other will secure the American League Wild Card, which will require that team to play a one-game, winner advances, loser go home series. It seems somewhat unfair that a 100-win team could possibly be home watching the other playoff teams, most with fewer regular season wins playing in the postseason, but it emphasizes the importance of winning. It could add some pressure, but it’s exciting.

The Houston Astros, the defending World Series champions, currently in first place, and the Seattle Mariners in second in the American League West division, will have a close race to the finish at the end of the season, but realistically, the success that these teams are experiencing can easily change.

At the beginning of the season, starting in April, the New York Mets, the Yanks’ crosstown rivals, were having the best start in their history, 12-and 2, 15-and 9 at the end of the month. Players were flipping their helmets crossing the plate and getting mobbed and doused with Gatorade after a win.

After 81 games, half of the season behind them, the Mets are currently 33-and-48, near last in the National League East division.

While the Yankees were battling against one of the best teams in baseball, the Mets struggled against the Miami Marlins, a team rebuilding, one of the worst teams this season in the National League. The Marlins took 2 out of the 3 games. The Mets had only two wins in their last 12 games, 15 games under .500.

“We’re all disappointed with where we’re at,” said Mets pitcher, lefty Steven Matz. “We had higher expectations. We’re just going to keep pushing.”