The Lakers receive the gift of LeBron in free agency 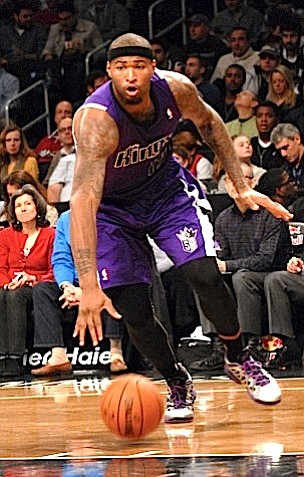 Magic Johnson, the Los Angeles Lakers president, purchased a gift for all of his Hollywood friends this week when LeBron James verbally agreed to sign a four-year contract with the franchise. The bill for regaining their relevancy was $153.3 million. Now, Denzel Washington, Jack Nicholson, Leonardo DiCaprio and many other A-listers will have somewhere else to regularly go, another venue at which to be seen, at least for the team’s 41 regular season home games. Anything additional is still to be determined.

It’s showtime again in Los Angeles for the countless of Laker fans. James joins the purple and gold that has 16 NBA championships and 31 conference titles won over six decades by some of the greatest players in the history of the game: Kobe Bryant, Shaquille O’Neal, Kareem Abdul Jabbar, James Worthy, Wilt Chamberlain, Jerry West and Magic. The Lakers first won it all in 1949, when they were based in Minneapolis. Their last chip was in 2010. The Boston Celtics are the only NBA franchise with more titles (17).

The grass should now be greener for James, who opted out of his contract with the Cleveland Cavaliers to join the Lakers. “My family is a huge part of whatever I decide to do,” he said after the Cavaliers were swept by the Golden State Warriors 4-0 in the NBA Finals. His representatives spoke with the Cavs and Philadelphia 76ers before signing with the Lakers.

Other free-agents decided remaining with their team’s was the best option. Paul George re-signed with the Oklahoma City Thunder and Chris Paul re-upped with the Houston Rockets. Others either willingly or forcibly changed addresses. Trevor Ariza, who fell victim to the Rockets salary cap restraints, signed a $15 million deal with the Phoenix Suns, and DeAndre Jordan opted out of his contract with the L.A. Clippers to become a member of the Dallas Mavericks,

Teams were reluctant to sign Cousins to a lucrative long-term deal because of his Achilles injury suffered by the 6-11, 270-pound center in late January. The Warriors are taking little risks and stand to reap a high reward in acquiring Cousins, who turns 28 in August. The four-time NBA All-Star, who called the Warriors to solicit his services, has career averages of 21.5 points, 11 rebounds per year game in eight seasons, including 25.2 and 12.9 last season with the Pelicans.