More than 800 children poisoned by lead in NYCHA 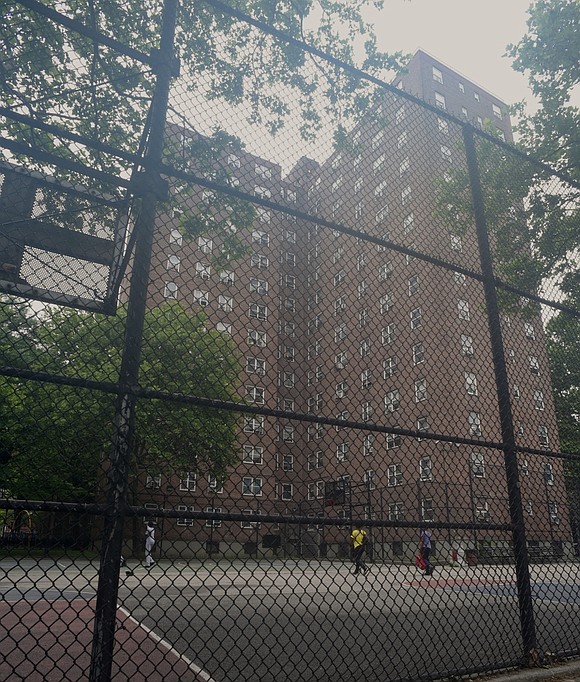 As the federal government steps in to help the New York City Housing Authority, the curtain continues to reveal just how serious conditions are in public housing.

The latest scandal concerns the health of children in NYCHA as a report reveals that 820 children under 5 years old tested positive for elevated lead levels from 2012 to 2016. The lead allegedly came from chipped paint in NYCHA apartments, and the number is far higher than the 19 children reported by the agency.

The mayor wants to reduce the number of children under age 6 with blood lead level at or above 5 mcg/dL. According to the Center for Disease Control, even low levels of lead exposure can affect nearly every system in the body. Symptoms often go unrecognized.

Lead can cause learning disabilities and behavioral problems and, at very high levels, can cause seizures, coma and even death.

“Lead poisoning is down almost 90 percent since 2005. But that’s not good enough. We’ve already made our testing protocols stricter for kids in public housing and we are now extending that standard to the entire city. It’s our job to always push the envelope when it comes to our kids’ health,” said de Blasio.

In February, a jury awarded NYCHA resident Tiesha Jones and her 12-year-old daughter $57 million after the jury found that NYCHA was responsible for the high lead levels leading to Jones’ daughter having brain damage.

NYCHA’s latest scandal isn’t sitting well with everyone, most notably City Comptroller Scott Stringer. In a statement released this week, Stringer said the city is trying to minimize the seriousness of the issue and he’s launching an investigation.

“Nothing is more important than protecting the most vulnerable children in our city,” Stringer said. “Our investigation will look into the city’s procedures for addressing lead poisoning hazards to protect the health of all children. Agencies must be held accountable for coordinating and following all laws as well as best practices to keep our kids safe and healthy.”

Reaction from Black politicians was immediate with many even offering free lead testing for families.

Bronx City Council Member Ritchie Torres, who also sits on the Council’s Committee for Public Housing, said Health and Human Services Deputy Mayor Dr. Herminia Palacio should step down since the scandal happened under her watch.

“The deputy mayor systematically misled the Council and the public about the full extent of lead poisoning and lead exposure in public housing,” Torres said in one report. “She should resign.”

“Unacceptable,” Hamilton said. “It has taken years for the city to admit that NYCHA children are being poisoned by lead. Like every New Yorker, every NYCHA resident deserves safe housing. Every child growing up in NYCHA housing deserves to be free from hazardous lead that can negatively impact their growth and development.”

“I am appalled by the deceit and mismanagement at the hands of those who are entrusted with our lives,” he said. “Public housing residents have long been ignored, but this stoops to a new level of negligence.”

Bronx Assemblymember Michael Mosley equated the scandal to the Flint Water Crisis. He’s requesting all information for his residents who are living with lead.

“It is unconscionable that in an age of the lead-filled water crisis in Flint, Michigan, and when other environmental health issues have devastated communities, that New York is experiencing a preventable public health crisis such as this one,” he said. “It will not be tolerated that just because residents are living in public housing, they are subject to inhumane conditions, a lack of respect and quality services.”