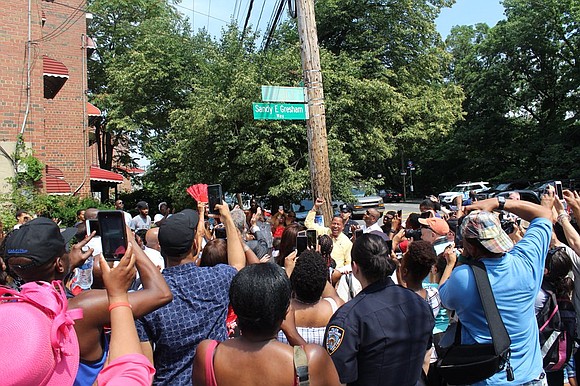 The northwest corner of East 233rd Street and Murdock Avenue now bears the name “Sandy E. Gresham Way.” She was a school teacher and educator who also worked in advocacy. During her lifetime, she fought for civil rights and injustice in communities throughout the United States and partnered with 1199 SEIU and her husband.

Mayor Bill de Blasio and Public Advocate Letitia James also attend the street renaming, which took place on what would have been Sandy and George Gresham’s 39th wedding anniversary. Sandy Gresham died in September 2017 at age 58 while recovering from a coma.