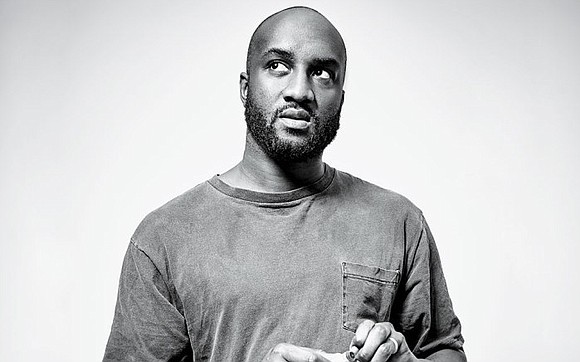 The profoundly accomplished creative director Virgil Abloh has ascended to another level of his career after being named Louis Vuitton’s creative director earlier this year. The 38-year-old African-American fashion designer maintained a busy schedule as Kanye West’s creative director and the founder of the Off-White fashion label, which is based in Milan, has retail stores in Hong Kong and Tokyo and appears in Paris Fashion Week.

Earlier this year, it was announced that Abloh was named the menswear artistic director for Louis Vuitton, making him the first African-American designer at the European label. Louis Vuitton was founded in Paris in 1854.

Less than three months after the media shared the announcement of his new position, Virgil Abloh showed himself to be a designer with vision and major connections, as artists such as Kanye West and Rihanna supported his first runway show for Vuitton. Not only did several influential African-American artists, designers and entrepreneurs attend the show, but also Abloh put a handful of his friends in the show.

The clothes displayed a color palette of beautifully soft toned tans, whites and blues. The pants were wide legged and matched with T-shirts, ponchos and incredibly tailored spring and summer jackets, blazers and trench coats.

Louis Vuitton Men’s Spring-Summer 2019 Fashion Show was an incredible success, raising Louis Vuitton onto an inclusive, visionary and futuristic platform that many people can enjoy and respect.