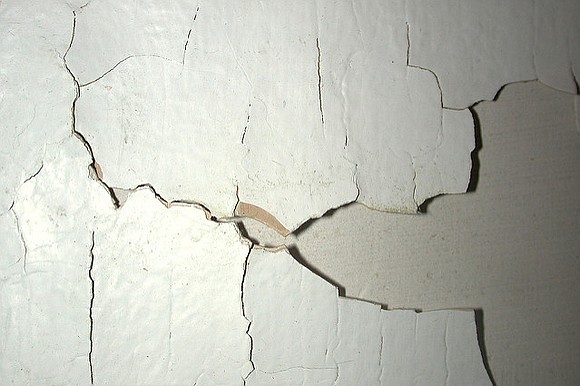 “NYCHA wasn’t transparent,” stated District 20 Senator Jesse Hamilton, speaking to the Amsterdam News. “Children had neurotoxins in their system… their cognitive ability was in jeopardy.”

Hamilton has announced in partnership with KāMIN Health Urgent Care-Crown Heights the restart of their free lead testing initiative for children during the month of July.

The initiative previously ran from Dec. 2017 to Feb. 2018, and provided lead testing to more than 100 children. Testing will be available by appointment.

According to Hamilton’s State Senate website, “Free lead testing for children is especially important now because of the public health hazard NYCHA caused by filing false paperwork on lead inspections for four years. We have to mobilize as a community to ensue families get the information they need. This free lead testing program will help parents make informed decisions about their children’s health.”

This initiative was initially organized after findings in the fall of 2017 that the New York City Housing Authority had failed to check apartments for lead paint, despite federal and local regulations. These findings came in a report released by New York City’s Investigation Department.

The report revealed that NYCHA had told federal authorities that the checks had taken place, and that NYCHA chairwoman, Shola Olatoye, had filed paperwork certifying compliance, despite knowing that the agency was not abiding by regulations.

On July 1, it emerged that 820 children below the age of 6 who were living in public housing were found to have elevated levels of lead in their blood between 2012 and 2016, despite original claims that the number was only 19 children. These recent findings are in accordance with guidelines set by the Centers for Disease Control and Prevention for determining levels of lead in the blood—guidelines the city did not adopt until January 2018. Although the CDC guideline had been 5 micrograms of lead per deciliter of blood, the city had been following a less restrictive guideline of 10 micrograms.

Public Advocate Letitia James has called for the State Health Department to perform lead tests on all children living in public housing.

Lead poisoning can cause a variety of health and developmental problems, especially in children. Among its effects are decreased muscle and bone growth, speech and language problems, developmental delay, seizures and damage to the nervous system.

“Unacceptable,” stated Hamilton in a press release. “It has taken years for the city to admit that NYCHA children are being poisoned by lead. Like every New Yorker, every NYCHA resident deserves safe housing. Every child growing up in NYCHA housing deserves to be free from hazardous lead that can negatively impact their growth and development.”

In an interview with the New York Amsterdam News, the practice and community manager at KāMIN Health Urgent Care, Yosef Hershkop, described how the initiative was started in late 2017.

After the initial reports emerged in the fall about NYCHA’s failure to check apartments for lead paint and the high lead levels found in children, Hershkop spoke with doctors at the Urgent Care Center and with Hamilton’s office and came up with the idea for a lead testing program that would operate free of charge and regardless of insurance, no questions asked.

Hershkop convinced the Urgent Care Center to absorb the costs of the blood work. To process the samples, the center purchased a machine that requires only a prick of blood and completes the test within three minutes.

In the initiative’s first run, more than 100 children were tested. After the recent reports that revealed numbers of children with lead poisoning to be much higher than what was initially claimed, Hamilton asked if Hershkop and KāMIN Health would be willing to restart the initiative.

“The info residents were given wasn’t sufficient to communicate how urgent the issue was,” said Hershkop. “We all know right now that being tested early and getting the proper testing and care is important.”

KāMIN Health makes its mission to help the community clear. “We’re here for the community,” said Hershkop. “We’re ready to work with any elected officials, community leaders. … This is about saving lives. This is not about politics. Without this you can go many months or years without knowing until it shows up physically or mentally. The high level of lead that goes undetected can lead to ER hospitalization or even life threatening situations. I’m willing to work with anyone. I want to give senator Hamilton tremendous credit in being our partners on this.”

Hamilton stated, “The entire City Council, Assembly and State Senate should be working on this. This is something that is a very easy fix if it is detected early. This is pretty embarrassing that nothing is being done about this. It’s the city themselves that actually caused this problem in the first place.”

Hamilton added, “The city needs more inspectors. They had supervising inspectors and they laid them off. A lot of questions have to be asked of the mayor. Why is there so much negligence when it comes to lead testing?”

Going forward, an independent auditor from the City Council is to be put in place to oversee NYCHA. “Another bill that we’re going to be introducing is having a process as far as being certified in lead testing,” said Hamilton.

Unfortunately, the city is still not treating this issue as urgently as it should be treated.

“The city’s not moving quickly enough” said Hamilton, “If they were moving quickly enough they would have disclosed the number initially. It’s unconscionable that the city of New York would try to not disclose over 800 children who have been affected by lead. If this had happened in the UWS there would be outcry. There would be hearings and protests. This is another incidence of environmental racism. The city is doing the minimum.”

Monday, Mayor Bill de Blasio announced he is launching a new program to inspect 130,000 NYCHA apartments. He also has plans to have the city to contact families of the more than 800 children who have tested positive for lead to connect those families with health services.

“We need to take, in effect, a Vision Zero approach to lead,” de Blasio said in a televised interview. “We need to have the same kind of things that I thought worked so well in reducing traffic fatalities and apply it to lead.”

On a larger scale, several New York congressional Democrats, including Yvette Clarke, Hakeem Jeffries and Gregory Meeks, unveiled a $70 billion proposal in funding to be used for mold and lead remediation and other issues in public housing across the nation. The investment is part of an overall $1 trillion plan to repair the nation’s infrastructure.

“Public housing is a critical part of our nation’s social safety net, providing safe, decent and affordable housing for approximately 1.1 million families nationwide and nearly 60,000 units in Brooklyn alone,” Clarke said. “Donald Trump and Republicans in Congress have refused to provide the resources these developments need so that they remain safe, accessible and available for American families.”