Marriott workers have had enough, demand better treatment and wages 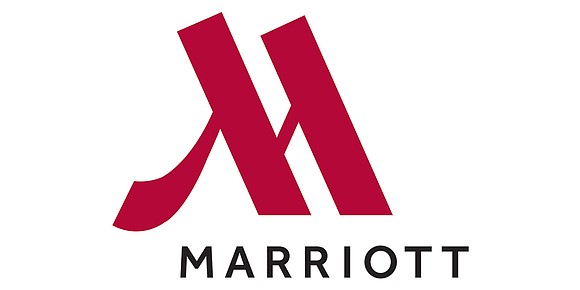 Starting in late June, workers for Marriott hotels across the country launched an offensive to secure a new contract with better wages, benefits and policies on sexual harassment in the workplace. Union workers’ contracts at Marriott hotels in Boston, Detroit, Oakland, San Diego, San Jose, Seattle and Hawaii have all expired. In San Francisco alone, seven Marriott hotels have workers whose contracts expire Aug. 15, 2018.

This month, travel advisories have been issued on Marriott hotels at the aforementioned locations leading up to the expiration of those contracts.

“Too often our workers welcome guests to Marriott hotels and deliver an unforgettable experience to them, just to leave their shift and go to work at a second job because too often working full time for Marriott still isn’t enough to make ends meet,” said Donald Taylor, international president of UNITE HERE, which represents the hotel workers, in a statement. “Today thousands of Marriott workers told their employer that they are not willing to continue accepting less than living wages in return for their excellent service from a hotel company so rich it is now valued at twice the worth of Hilton.”

According to a Marriott International representative, “Some Marriott International hotels are negotiating new contracts this year with UNITE HERE, the union that represents associates at those properties. We have had longstanding and productive relationships with UNITE HERE and Marriott has always negotiated our collective bargaining agreements in good faith and will continue to do so. While the negotiation process is moving forward, UNITE HERE and some of its members engaged in rallies to express their views on important issues. Marriott is a company that values the contributions of all our associates, and we respect the right of people to voice their opinions.”

Marriott, a large hotel company with many hotels around the world, acquired Starwood Hotels & Resorts in 2016, giving them ownership of 6,500 properties worldwide.

Workers have set up a couple of websites to inform the public of their actions and alert them to hotels they should stay in while traveling. At MarriottTravelAlert.org, their mission statement stated, “In 2018, thousands of Marriott hotel workers who are members of UNITE HERE have contracts which are expiring. We will be negotiating new agreements and we are calling on Marriott to provide jobs that are safe and are enough to live on.”

The website lists “at-risk” hotels around the country where demonstrations might occur that could affect a citizen’s travel plans. UNITE HERE’s site also links to FairHotel.org if patrons want to make sure they’re staying at a union establishment that isn’t at risk for a labor dispute.

The pushback against sexual harassment reached a fever pitch in Hollywood, the media and the entertainment world in general, but hasn’t made the expected waves in the hospitality industry. But Marriott workers around the world hoped to changed that earlier this spring when they gathered in Geneva to call on the company to address harassment faced by women workers. Marriott employees from North America, South America, Europe, Asia and Africa, led by the international trade union IUF, marched from Marriott’s Ritz-Carlton Hotel de la Paix to Marriott’s Hotel President Wilson to present company representatives with a global anti-sexual harassment proposal. Working with unions, the measure would include prevention measures, quicker response times to reports of sexual harassment and protection from retaliation for whistleblowing.

“Two years ago I was cleaning a bathroom at the Marriott Marquis when a man came in and sexually assaulted me,” said Consuelo Escorcia, a member of UNITE HERE and a lobby attendant at the Marriott Marquis in San Francisco, in a statement. “Soon after another housekeeper was attacked. Management refused to take action to protect us and told me not to talk about it. I traveled to Geneva to join Marriott workers from all over the world in telling Marriott that we refuse to be silent.”

“As the global union representing hotel workers worldwide, we are calling on Marriott to take positive action to protect its hotel workers around the globe from sexual harassment on the job,” added IUF General Secretary Sue Longley in a statement.