Why you should care about the Supreme Court 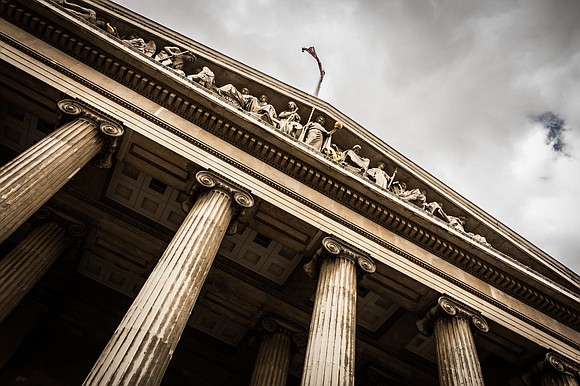 I know so many of us are consistently distracted and bombarded by the antics and racist behavior of this current administration. So many Americans are focusing on the president and his interactions with Congress, as they should. However, we must always keep our eyes on the entire political process. The Framers (or the group of men some call the Founding Fathers) intended for the three branches of government to be an equilateral triangle. That is, no branch would be stronger or more powerful than the others, there would be separation of powers between the executive, legislative and judicial branches and all three branches would serve as a series of checks and balances to the others. Unfortunately, the country has moved away from the original intentions set forth and detailed by the Framers in the U.S. Constitution.

The U.S. Constitution intends for the court system and the Supreme Court especially to be an independent judiciary. That means no justice should do the bidding of the president or a political party. Unfortunately, because justices are nominated by the president and confirmed by the Senate, the country has moved into a dangerously partisan way of selecting Supreme Court justices, the only branch of the federal government that has a lifetime tenure. The Framers intended to have an independent judiciary that was immune to the political whims and fads of the electorate. In theory that is a brilliant idea. Justices would be able to interpret the Constitution without worrying about voters, fundraising or what is politically in vogue. Unfortunately, because of the increasing need for political parties to seize and maintain political control, the nominating process of Supreme Court justices has been a way for the president and his party to extend their political control for possibly generations to come.

With the impending retirement of Justice Anthony Kennedy, who was nominated by President Reagan and served on the bench for roughly 30 years, Trump is elated to be able to nominate his second Supreme Court justice, Brett Kavanaugh, to the bench in his short tenure. Trump’s first appointment of Neil Gorsuch was because of the Republican Senate denying then President Obama the ability to nominate Merrick Garland during his presidency. What makes several Democrats and left-leaning Americans nervous are the advanced ages of several of the nine justices and the possibility that one or more will retire during Trump’s tenure, thus giving him the opportunity to nominate even more right-wing conservative justices who will make decisions about worker’s rights, women’s reproductive rights, environmental issues and benefits for large corporations.

There is little we can do as citizens pertaining to the selection of the actual justices. However, we can put pressure on our U.S. senators (who must earn our vote) to make sure they uphold our will when voting on the president’s nominees.