Disney brings cultures together with an international language—youth sports 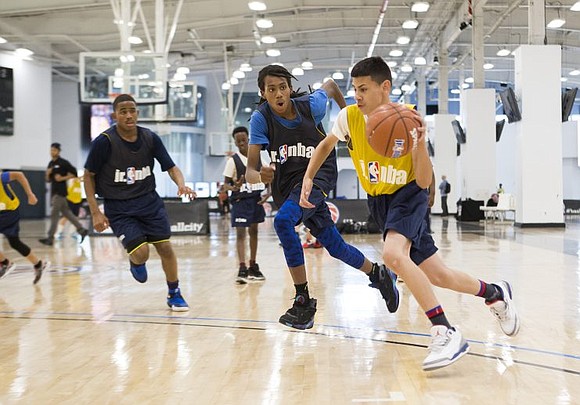 Young athletes on sports travel teams from around the country, and from around the world, are adding Disney World to their list of travel destinations. It’s becoming a competitive place for them to play and expose their talents.

Coaches and administrative personnel of teams from the United States, Argentina, Bermuda, Brazil, Canada, Costa Rico, Ecuador, Honduras, Japan, Mexico, Panama, Trinidad and Tobago, the U.K., Venezuela and other places around the world have signed their soccer teams up for several major events this month at the ESPN Wide World of Sports Complex at the Walt Disney World Resort near Orlando, Fla., the Disney Cup International and the International Champions Cup.

In addition to Epcot Center, Splash Mountain, the Typhoon Lagoon Water Park and the Star Wars and Toy Story adventures, along with their other attractions, Disney has added professionally styled sports facilities with state-of-the-art broadcast facilities to their mix of entertainment. It’s their investment in youth sports.

Nearly 3,000 athletes between the ages of 9 and 19 participated in the Disney Cup, a weeklong event, one of the largest international youth soccer tournaments in this country.

At the same time, the top 14-year-old and younger youth soccer players in the United States and Europe competed in the inaugural International Champions Cup Futures Tournament. This tournament featured 24 teams, eight from the Major League Soccer Development Academy, eight USA all-star teams including the development team from the five-time MLS Cup champions, the Los Angeles Galaxy and eight of Europe’s top club teams. The quarterfinals of the event were televised on ESPNU and the semifinals on ESPN News. The finals were televised on ESPN 2. ESPN is owned by Disney, the key component in their youth sports business.

At the same time, the eighth-grade girls’ AAU National Basketball Championships were taking place featuring 500-plus athletes competing. Since June, the top third grade through 12th grade boy and girl basketball players here and abroad have been competing. Teams from 35 states and eight countries have played in front of a variety of collegiate coaches and scouts, in addition to family, friends and spectators.

The Jr. NBA World Championships is Disney’s next big event, from Aug. 7 through Aug. 12. Partnering with the NBA, the top 14-years-old and younger basketball teams from around the globe will compete against each other. The event features teen boys’ and teen girls’ divisions with 16 regional champions—eight from the United States representing the Central, mid-Atlantic, Midwest, Northeast, Northwest, South, Southwest and West regions, and eight international representing Africa and the Middle East, Asia Pacific, Canada, China, Europe, India, Mexico and South America.

“This is a very unique thing that is going on,” said Faron Kelley, vice president of Disney Sports.

“Jr. NBA World Championships brings U14 teams from around the world, the best of the best to play here.” The championship is modeled on the Little League World Series.

Kelly continued, “One of the things that I’m most proud of about the Wide World of Sports Complex is this opportunity that we give for youth athletes to compete against other athletes from around the world. For the team from Peoria, Ill., to play a team from Panama or Costa Rica or Spain, that’s an experience that they can’t get anywhere else, because when you think of what goes on with the Olympics or with World Cup, that culture, that their common language is sports. That’s fascinating and that’s something that we can uniquely deliver at Wide World of Sports that you don’t see at many other places at the youth sports level.”