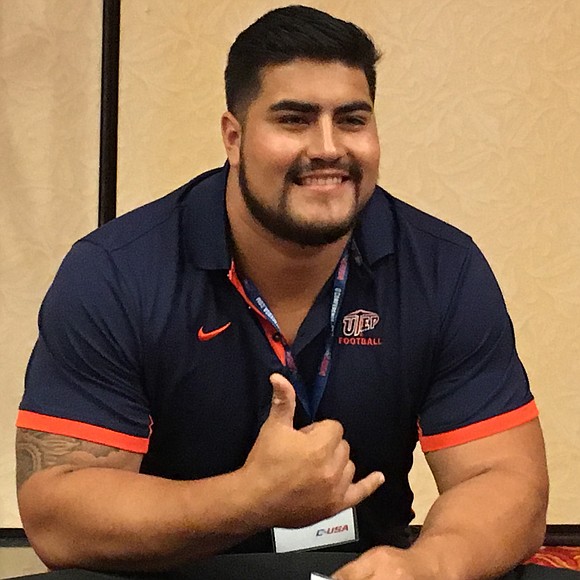 The Giants’ second round pick, rookie offensive guard Will Hernandez, should help improve a rushing attack that has remained dormant in recent seasons.

New general manager, new coach, new system, new season. Coming off a disastrous 2017 campaign, in which they finished 3-13, the second worst record in the NFL ahead of the 0-16 Cleveland Browns, the Giants begin their training camp today at the Quest Diagnostics Training Center in East Rutherford, N.J., hopeful they will dramatically improve under its first-year regime.

Dave Gettleman, who replaced Jerry Reese as GM after the latter’s firing along with former head coach Ben McAdoo last December, has been charged with being the architect of the Giants reconstruction project. His first major decision, along with co-owners John Mara and Steve Tisch, was hiring Pat Shurmur to succeed McAdoo. Shurmur was the head coach of the Browns from 2011 to 2012 and the offensive coordinator for the Minnesota Vikings last season.

Four months later, the 67-year-old Gettleman executed arguably his second most significant act to date as Giants general manager by selecting Bronx-born running back Saquon Barkley from Penn State with the No. 2 overall pick in the NFL Draft. Despite many voices imploring him to nab a quarterback at that slot to ultimately take over for 37-year-old Eli Manning, who is entering his 15th NFL season in the league, Gettleman was unwavering in his belief that Manning can still pilot the Giants to the playoffs and that Barkley is a Hall of Fame talent.

Sunday, the Giants affirmed Gettleman’s view of Barkley by signing him to a four-year, fully guaranteed $31.2 million contract. In early June, Gettleman publicly shared that he was diagnosed with lymphoma but has continued to carry out his functions as general manager.

As for the 52-year-old Shurmur, his most challenging undertaking in his second stint as an NFL head coach may be revamping the Giants’ offensive line, which for the past three seasons has been their most troubling and maligned unit. Part of Manning’s inconsistency during that time can be directly attributed to the poor play of the O-line, which in effect also rendered the Giants’ running game one of the worst in football.

Signing former New England’s Patriots left tackle Nate Solder in May to a four-year, $62 million free-agent contract with $34.9 million guaranteed, and drafting guard Will Hernandez, a run-blocking machine from the University of Texas El-Paso, in the second round with the 34th overall selection, combined with the gifted Barkley, should substantially improve the Giants’ rushing attack and allow Manning the opportunity to prove he is still an elite pocket passer.

While the team’s signature star, wide receiver Odell Beckham Jr., enters camp on the last year of his rookie contract seeking a lucrative long-term deal, the Giants are by and large a happy, drama free, optimistic group.