The Jets begin the season with a single focus—football 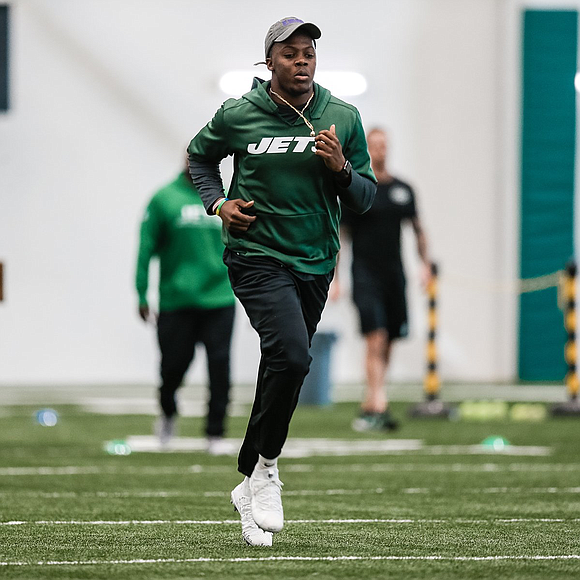 The New York Jets open their training camp this week without any of the quarterback issues that have plagued them the past few years, and there are no holdouts, threats of a holdout or the potential of a holdout hovering over their heads.

Except for several offseason incidents that might be adjudicated by the league, this season, it’s just straight-up football for this 2018-2019 Jets team.

The Jets, coached by Todd Bowles; Jeremy Bates, offensive coordinator; and Kacy Rodgers, defensive coordinator, coming off a 5-11 season last year, will open their training camp practices to the public at Atlantic Health Jets Training Center in Florham Park, N.J., as they prepare for this NFL season. Jets players will also sign autographs for fans after their practices, as they’ve done throughout the years.

There will also be four exhibition days: their Green & White Practice Scrimmage at Rutgers University Saturday, Aug. 4, and three days of joint sessions with the Washington Redskins at the Skins’ Bon Secours Training Center in Richmond, Va., from Aug. 12 through Aug. 14.

“It will be a nice change of pace for our players to face another team,” noted Bowles while thanking the Skins for the invitation. Historically, players become bored with practicing against teammates.

“In the past, joint practices have given our coaching staff a great opportunity to evaluate our players in competitive situations against other teams,” said Jay Gruden, Washington’s head coach.

“Hopefully, we can help each other prepare for the upcoming regular season,” Bowles continued.

Fans of the Jets and the Skins will get a close look at rookie quarterback Sam Darnold, the Jets’ first-round draft pick, and Teddy Bridgewater, who they signed earlier this year and who is coming off an injury. The Skins will have their new QB, Alex Smith, who was signed in the offseason, taking some snaps.

Bates, also the Jets’ quarterback coach, will have veteran quarterback Josh McCown on the roster again this season as they make personal decisions.

To get their season started, the Jets will play four preseason games—two at home, two on the road. They’ll host the Atlanta Falcons and the New York Giants Aug. 10 and Aug. 24. They’ll play Washington and the defending champions, the Philadelphia Eagles, in road games Aug. 16 and Aug. 30. The Jets’ official season begins Sept. 10 in Detroit against the Lions, a Monday night game.