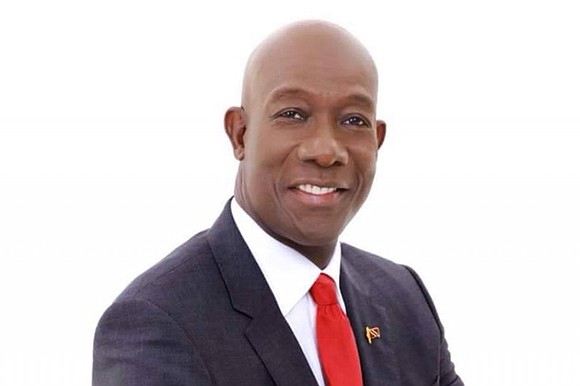 Two weeks ago, Caribbean Community leaders meeting in Jamaica held extensive discussions on how the region should deal with the unrelenting pressure from civil society and law enforcement to amend laws that still imprison thousands of people each year for possessing small amounts of marijuana for personal use.

The discussion followed the tabling of an extensive study that governments themselves had commissioned to look at the issue, given changing attitudes and approaches to marijuana use around the world.

One of the key recommendations of the report had suggested that laws be amended to allow authorities to treat marijuana in the same way as alcohol and tobacco, rather than as an outright criminal drug with mandatory prison time and fines.

For many governments, the report gave them something to work with and appears to have bought time for some cabinets that were feeling the pressure from many to make a final decision on how to deal with the marijuana issue.

In the past week for example, Prime Minister Keith Rowley of Trinidad said his government would set up a special committee to look at the issue once and for all in the wake of stepped up campaigns from civil society groups for authorities to act quickly.

Rowley had said earlier in July that the marijuana issue was of low priority on the list of serious problems facing the island, including violent crime and the need to turn around the economy. But he appears to have completely softened his government’s stance in the past few days, telling The Guardian newspaper that a multiagency meeting under the aegis of Attorney General Faris Al Rawi will be convened to deal with it.

The prime minister had taken some flak for his earlier remarks about marijuana being low priority, but his critics appear to be happier now that meetings are being organized.

“It not being a priority, given all that we are grappling with now, does not mean that it cannot be dealt with,” he said. “I will put a government team in place to open a simple straightforward dialogue in the country, and after we inform a wider national community, we will then take a policy position and act upon it. There is no need to fight over it. There is a need to talk about it. We will do that engaging all the inputs from all quarters. Many lives are affected and/or influenced by it, so we will make provisions to engage it going forward.”

As all sides prepare for the series of meetings, the Caribbean Collective for Justice handed the prime minister a petition with 10,000 signatures and demands for major reforms on the approach to marijuana by government and law enforcement.

One request was for the suspension of arrests for possession of small amounts immediately and for the health ministry to allow sick patients to access cannabis for medical purposes.

“We hope that you will see the extraordinary opportunities that legalization of cannabis offer in terms reducing crime, saving police time and resources and the creation of jobs for our people,” the request stated.

So far, Jamaica, Belize and Antigua have already moved to legalize small amounts of the drug. Antigua has gone so far to even allow each family to legally cultivate up to four plants for personal use and will wipe away convictions for locals who were jailed over the decades.