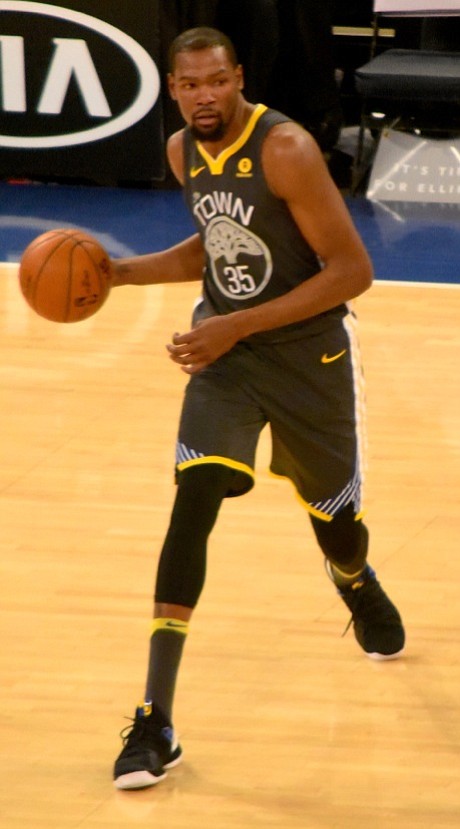 James is Cleveland’s Black Panther, their Avenger, but he and they will need vast supplies of Wakanda’s precious vibranium component to defeat Golden State, the defending NBA champions.

In addition to their other accomplishments, Golden State’s last two games against the Houston Rockets have solidified them as the most dangerous team in basketball right now.

Despite at times playing as if there was some sort of attention deficit disorder during their performance on the court for the first half of Game 6, at home, and Game 7 on the road in Houston, the Warriors were able to transform in the second half of both games and avoid defeat and elimination from the series.

“We know we can make an 11-point lead evaporate with two minutes of good basketball,” said Klay Thompson, who dropped 35 points for the Warriors Saturday night, Game 6, and 19 Monday night, Game 7, a devastating awakening for the Rockets.

“I thought Klay was amazing tonight, not just the 35 points and the nine threes, but his defense,” noted Warriors head coach Steve Kerr, who, like Houston, was without a key player—Andre Iguadala, key to their defense, sidelined with a left lateral leg contusion, out since Game 3. Chris Paul, out with an injured hamstring since the last minute of Game 5, sat out Games 6 and 7 for Houston.

“We just didn’t have that extra juice that we needed,” said James Harden, whose Houston team missed 37 threes Monday night, 7 for 44.

During the Western Conference Finals, Golden State was able to hold the Rockets under 100 points in three out of their four losses, Games 3, 6 and 7—85 the lowest, 92 in their losing effort ending the series.

In Cleveland’s four wins against the Boston Celtics in the Eastern Conference Finals, the Cavaliers, the fourth best team in the conference during the regular season, averaged 105.75 points per game; 116 was the most scored, 87 the least.