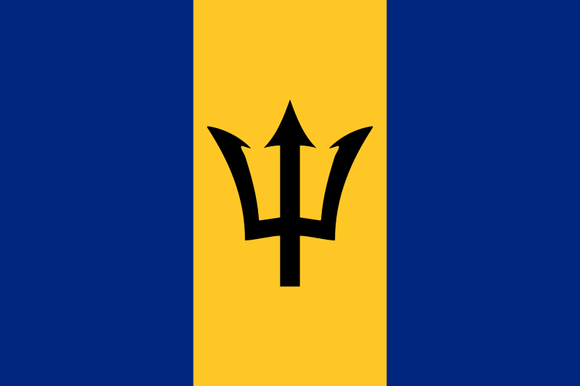 As predicted by regional pundits, electors in the idyllic Caribbean island nation of Barbados voted emphatically to elect a new government in the past week and in doing so created history on several fronts.

Not only did citizens elect Attorney Mia Amor Mottley as the country’s first woman prime minister, but also they gave her Barbados Labor Party all 30 of the island’s constituency seats, leaving Barbados without an elected opposition for the first time in its nearly 52 years of independence from Britain. The BLP had 14 in the last parliament.

Additionally, for the first time in history in the Caribbean’s most easterly island, both the head of state and government are now women attorneys. In January, Dame Sandra Mason was appointed the first female ceremonial governor and head of state and will serve alongside fellow attorney Mottley in the coming years.

So devastating was the BLP’s win over the Democratic Labor Party of defeated prime minister Freundel Stuart that special legislation will now have to be approved to change laws to allow the cabinet to appoint at least two opposition senators to ensure an opposition presence in the upper house.

Mottley, 52, had campaigned for the removal of Stuart, an obstinate and sometimes intemperate politician, and on the fast declining state of the economy, joblessness and a massive malfunction of the sewage system in the south of the island that had shuttered many businesses and chased away tourists because of the stench and raw sewage floating around on streets.

Stuart had also angered islanders by threatening to withdraw Barbados from the umbrella Caribbean appeals court based in Barbados simply because it had upheld local laws allowing residents from British Commonwealth countries living in Barbados to vote in elections as stipulated by law.

Voters backed Mottley overwhelmingly for the job of prime minister, but no one, neither BLP pundits nor regional pollsters, had predicted such a devastating and humiliating wipeout for the DLP. Mottley said she is determined to have opposition voices in parliament whether the DLP accepts the two senator positions or not.

“We have discussed the need for an urgent amendment of the Constitution to allow the opposition political party securing the highest number of votes two appointments to the Senate because we believe that even though there has been no official leader of the opposition, my government would wish to have accommodated the views of the main opposition party. In this instance, we are effectively speaking about the DLP,” she said. She continued on to say, “It is only fair to the country” that those amendments be made to secure an opposition voice.

Now tasked with the responsibility of appointments for all 30 seats, Mottley is taking over a country in dire economic straits.

The central bank barely has enough money for 10 weeks of imports, and those in the know, including the World Bank and the IMF, have been suggesting that the island devalues its overpriced exchange rate.

The new PM has not ruled out an IMF austerity or monitoring program, noting that programs had been hatched with the fund in the past.

On the appeals court that Stuart had threatened to withdraw from, Mottley said, “I had as attorney general the responsibility for chairing the preparatory committee; I went the length and breadth of the Caribbean, selling the Caribbean Court of Justice, from Jamaica in the north right down to Guyana in the south.”

She continued, “Barbados perhaps has one of the largest number of cases in the appellate jurisdiction and Barbadians as a rule have seen their rights being protected by the court. We therefore are a strong proponent of it. It is not an immediate drain on the treasury.”