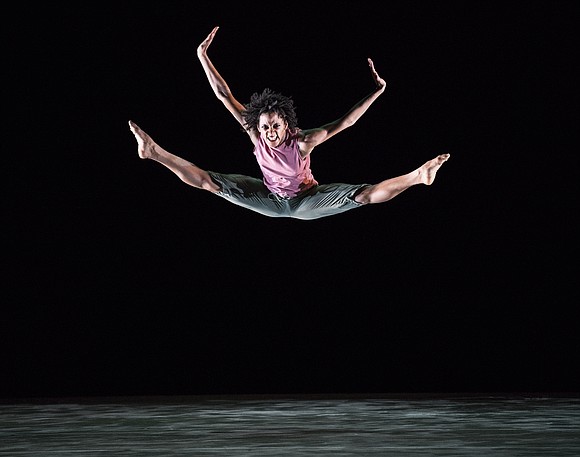 The Alvin Ailey American Dance Theatre’s traditional summer season sweeps into Lincoln Center June 13 to June 17 with three diverse programs—Celebrate Women, Ailey, Then & Now and Musical Icons—the Ailey Spirit Gala benefit, three new Ailey dancers and a series of activities that all are invited to participate in as the company enters its sixth decade.

Among a treasure trove of goodies, there is the come one, come all June 13 “Celebrating Revelations” workshop in the Lincoln Center Plaza, with former Ailey star Renee Robinson and AileyCamp National Director Nasha Thomas teaching sections from Ailey’s masterpiece. Then, for NYC Dance Week (Thursday, June 14, to Saturday, June 23) new students can take three free dance and fitness classes, including Horton, West African, hip-hop, ballet, Zumba, yoga and more. Not to be left out, returning and new students can take two free classes at the Ailey’s Joan Weill Center for Dance on 55th Street and Ninth Avenue—one June 16 at 4 p.m., Latin Night, with Katherine Jimenez, and another Friday, June 22, at 6 p.m., dubbed DanceFit with Karen Arceneaux.

At the heart of this swirl of activity are the Ailey company’s three exciting programs. Celebrate Women (Wednesday, June 13, at 8 p.m., and Saturday, June 16, at 8 p.m.), highlights three trailblazing female choreographers—Jessica Lang’s “EN,” her first for the company; Judith Jamison’s sensual duet, “A Case of You”; and Jawole Willa Jo Zollar’s look at the ravages of homelessness, “Shelter.” The Ailey, Then & Now program (Friday, June 15, at 8 p.m., and Sunday, June 17, at 3 p.m.), features brilliant visionaries such as Talley Beatty, whose sizzling “Stack-Up” taps the musical pulse of the 1970s, and Artistic Director Robert Battle’s compelling “Mass” and “In/Side.” The third program, Musical Icons (Saturday, June 16, at 2 p.m., and Sunday, June 17, at 7:30 p.m.), features dances inspired by legendary artists—Ailey dancer Jamar Roberts’ “Members Don’t Get Weary,” set to John Coltrane; Twyla Tharp’s “The Golden Section,” inspired by rocker David Byrne; and “Ella,” Battle’s tour-de-force duet inspired by singer Ella Fitzgerald. Every program ends with the breathtaking and uplifting Ailey masterpiece that sends audiences into the night on a wing and a prayer—“Revelations.”

Although she is now artistic director emerita, Judith Jamison not only shares the season’s Celebrate Women program with Jessica Lang’s “EN” and Jawole Willa Zollar’s “Shelter,” she is still the quintessential Ailey woman, an embodiment of the Ailey spirit. Therefore, it’s only natural that we talk to her about this upcoming season.

Women are central to Ailey’s legacy, Jamison said, adding, “When Alvin passed away, people don’t realize how many women were running the company. In addition to Alvin making me artistic director of the first company, there was Chairman of the Board Joan Weill, Executive Director Sharon Gluckman, Director of Ailey II Sylvia Waters and Director of the School Denise Jefferson. Alvin loved women.” Refreshingly, in this current climate, the same is still true today of Artistic Director Robert Battle and Associate Artistic Director Masazumi Chaya.

Applauding the Celebrate Women program Jamison said, “It’s difficult to find good choreographers, male or female, but Robert is very good about that, so this season presents powerful works by women that tell captivating stories. How many people are doing ballets with stories? I think it’s harder to tell a story. Yet, at the heart of it that’s what grabs people and keeps them engaged. And, that’s what this Ailey program is all about.”

Jawole Willa Jo Zollar, whose “Shelter” is a perfect example, agreed. Noting that Jamison first brought her work into the Ailey repertory back in the 1990s, Zollar said the AAADT’s current handling of her work is still fresh. “The Ailey dancers pick up the steps quickly,” she said. “Getting to the soul of the dance takes a little longer and involves research, discussions, the mapping of an emotional journey and, thanks to the support of Robert and Chaya, we did that.”

Zollar praised the Ailey dancers’ versatility as they juggle works that require such different technical facility. “I fell in love with each one of them,” she said, admitting a particular soft spot for dancer Hope Boykin. “While ‘Shelter’ is an ensemble piece, Hope provides leadership and vision and that really helps rally everyone and bring them to a deeper understanding of the work. Her depth as a performer and her honesty are just incredible.”

She continued, “When Judith first approached me to set a work on the company years ago, I was in shock. I wanted to know if she was sure. My work was so different from the kind of work Ailey was doing then, but Judith is a visionary.”

“Shelter” was created 25 years ago in collaboration with musician Craig Harris and it still speaks to powerfully us.

She added, “I didn’t think of homelessness as specific to New York, but in a broader context, from the displacement of the Middle Passage to the displacement today of people all over the world, and now, when you think of how we’re really screwing up this planet, you can look at it from a science fiction perspective in terms of climate change. We see rich people looking to off-load to another planet possibly leaving us poor folks on a dying Earth where Mr. Trump’s Mar-A-Lago is under water.”

However, you look at it, Zollar says, this generation of Ailey women brings something different to the piece. “This group of Ailey dancers really brings it,” she said.