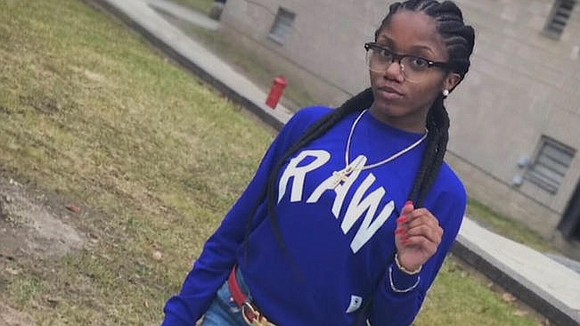 Just as Gun Violence Awareness Month kicks off, the city was rocked by at least three fatal shootings in the Bronx, on Staten Island and in Queens this past weekend.

A shooting in the West Farms section of the Bronx left a 17-year-old high school student dead and a community in mourning.

Police say the teen, Vlana Roberts, was fatally shot in the back on the corner of East 181 Street and Vyse Avenue Saturday when a fight broke out. She sustained a gunshot wound to the torso and was transported via private means to St. Barnabas Hospital where she was pronounced dead. An emotional vigil was held outside of her home Monday evening a couple of blocks away from where she was killed.

“This horrific tragedy has our entire community speechless and we must act to prevent future acts of violence. My condolences and prayers are with Vlana Roberts’ family and we will remain vigilant in capturing the suspect and ensuring the family receives justice."

“Told God Take Out All The Negativity In My Life & I Almost Died,” was one of the last things Roberts posted on her Facebook page. The quote has been shared more than 3,000 times, along with an outpouring of comments of condolences and sorrow from her friends.

The NYPD released footage of the suspect, who is believed to be a teenage boy. He is described as Hispanic, with long brown hair, ranging from 15 to 18 years old.

Police said Wednesday, “No arrests have been made and the investigation is ongoing.”

“I don’t even want to go outside anymore,” one of Roberts’ friends said in one report. “All I know is an innocent life was taken.”

A guidance counselor at Roberts’ school said on Facebook, “We mourn her passing, but we will rejoice in all the wonderful memories that she shared with us during her short life.”

Just days after the shooting, local residents seemed to be going about their day, signifying how normal violence has become in the community.

One man from a local barbershop said that he’s “a little worried, but it’s normal.”

Last Thursday dozens of boroughwide activists, elected officials and mothers of murdered children launched June Gun Violence Awareness Month at City Hall to bring attention to the issue as summer begins. Saturday, hundreds of people dressed in the GVAM orange gathered in Brooklyn, walked across the Brooklyn Bridge and rallied in Lower Manhattan.

Roberts’ death comes as the city grapples with a string of shootings.

The very next day, Sunday, June 3, 2018, Derrick Stansbury, 26, was shot to death in a parked car in Queens. He was robbed of his cellphone and car keys. Police responded to reports of shots fired in Cambria Heights. EMS responded and transported him to Jamaica Hospital, where he was pronounced deceased. John Hines, 24, was arrested in this case.

“We must continue to find ways to reduce the senseless gun violence that continues to persist in New York state and our nation,” Bronx Assemblymember Michael Blake said this week in a statement.