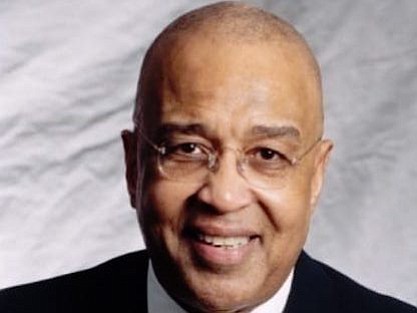 A coterie of African-American revolutionaries and civil rights activists were recipients of the wise counseling of attorney Lewis Myers Jr., including the Rev. Jesse Jackson Jr., Assata Shakur and his good friend, Min. Louis Farrakhan. That community of freedom fighters were saddened to learn that Myers, 70, died May 24 after complications from surgery in Northwestern Memorial Hospital, according to those familiar with his death.

Myers first gained national attention in the early 1970s after acquiring his license to practice law in Mississippi. From 1972 to 1976, he was the director of litigation at North Mississippi Rural Legal Services in Oxford, Miss. During this tenure, where he oversaw a brigade of lawyers, he initiated numerous of lawsuits challenging racial discrimination in municipal governments and in private employment practices in the state.

Born in Houston, Myers as a teenager began to display his lifelong political activism as a member of the NAACP. A graduate of Phillis Wheatley High School, he was recognized in “Who’s Who among Students in American High Schools.” He was elected president of Houston’s NAACP Youth Council and was often in the forefront of demonstrations to end the city’s segregated school system.

He received his law degree from the University of Mississippi School of Law in 1972, and he immediately joined the original team of attorneys who filed historic cases that reached the Supreme Court, ultimately leading to the desegregation of colleges and universities.

But it was his notable defense for such clients as Elmer “Geronimo” Pratt and other activists that began to earn Myers his sobriquet as the “people’s attorney.”

According to Andre Grant, Myers’ law partner since 1998, “Myers was courageous…he spent his entire life fighting for Black people. Regardless of your status, your fame or your infamy, Lew believed that everyone was entitled to a defense and to an advocate…even if you couldn’t afford it.”

“It was amazing to be in the office and watch how the community flocked to him,” said Dartesia Pitts, president of the Cook County Bar Association and a mentee of Myers. “He was kind of like a superhero in lawyer form. He would take all types of cases despite the person’s means of being able to pay him. It was always about the cause and doing the right thing.”

The Rev. Al Sharpton recalled Myers as the “quintessential activist-attorney.” Myers, the reverend added, often represented “segments that didn’t get along with each other. He connected them because of his impeccable integrity, courage and legal expertise.”

“He was a pioneering figure and a champion of civil and human rights,” said U.S. Rep. Bobby Rush, D-Ill.. “He fought for equality and inspired a generation.”

Myers did the right thing from his early years to his final breath.

He is survived by his wife, Tina, and his son, Lewis Myers III.

A memorial service is planned June 9 at Christ Universal Temple in Chicago.