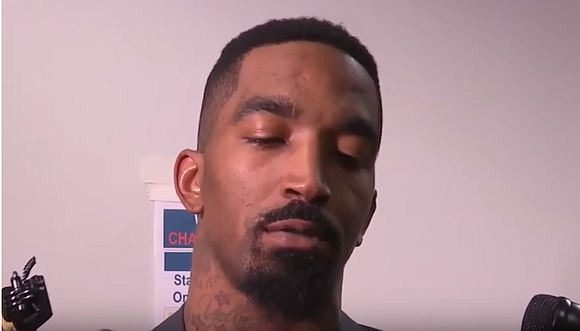 The resigned look on LeBron James’ face spoke volumes as Game 2 of the NBA Finals wound down. Despite scoring 29 points on 10-20 shooting in addition to recording 13 assists and 9 rebounds in 44 minutes, James sat slightly slumped on the Cleveland Cavaliers’ bench as if he just had one of the worst games of his illustrious career.

However, it was a brilliant showing, at least measured by any other player’s standards. It gave James series averages of 40 points, 8.5 rebounds and 10.5 assists. It just wasn’t enough—like his 51 points in Game 1—to get the Cavs past the Golden State Warriors. They had been victimized by Stephen Curry’s Finals record nine three-pointers and went down in defeat by 122-103, falling 0-2 in the best-of-seven series.

It was James and the Cavaliers’ sixth loss in their past seven Finals games against the Warriors, including last season’s 4-1 series spanking. After giving away Game 1 when guard J.R. Smith experienced a brain freeze and essentially dribbled out the clock with the score tied at the end of regulation, the Cavs still hadn’t figured out how to solve the riddle of conquering the Warriors since their potent opponent added Kevin Durant to an already formidable roster in the summer of 2016.

Returning home for Game 3 last night (Wednesday), their circumstances were immensely unfavorable because they needed to win four of the remaining five games to reclaim the title they took from the Warriors two years ago, a challenge James acknowledged was monumental.

He continued, “I mean, when you’re down like this, in a deficit like this versus a team like this, there’s no good feeling. So I don’t feel good about it.”

His feelings were warranted. Golden State had yet to play a strong game from start to finish and were expecting the return of starting forward Andre Iguodala from a knee injury no later than Game 4. Iguodala last played May 20 in Game 3 of the Western Conference Finals against the Rockets.

A Game 3 win for the Cavaliers last night was paramount to them having any possibility of winning the series, a probability that was already dire after Game 2.