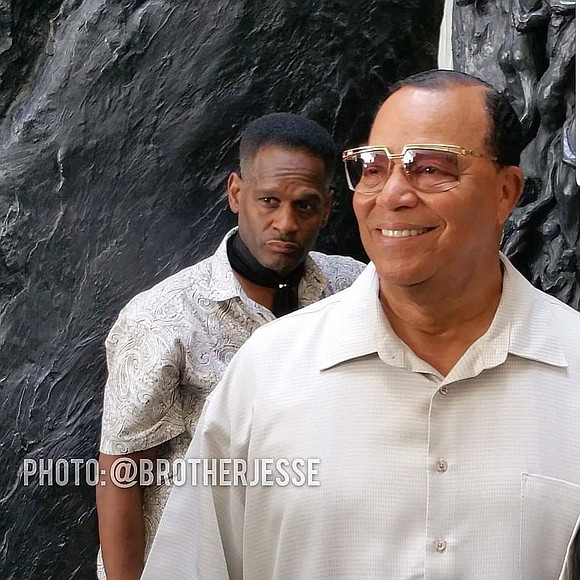 The Nation mourns the passing of Louis Farrakhan Jr., the oldest child of the leader of the Nation of Islam, Min. Louis Farrakhan, and Mother Khadijah Farrakhan. Farrakhan, 60 years old, died peacefully in his sleep at his parents Phoenix Arizona residence of a known heart condition Saturday June 2.

“He will be remembered by the way he would light up a room with his great sense of humor,” stated Min. Ishmael Muhammad, national assistant to Min. Farrakhan.

“He was so brilliant, highly intelligent, kind, compassionate, warm, generous and would go the extra mile to help someone,” Bro. Ishmael said.

Min. Ava Muhammad, the official national spokesperson for Min. Farrakhan, reflected on the uniqueness of Farrakhan. She said in her Sunday address, “He was very advanced not only spiritually but scientifically in his way of seeing things and to foresee how to do them much better.”

Many of Farrakhan’s friends remembered him as a soldier dedicated to helping his father in fulfilling the mission of the Hon. Elijah Muhammad and the NOI, and his dedication and sacrifice to our cause will never be forgotten.

Min. Abdul Hafeez Muhammad, East Coast representative of the Hon. Min. Louis Farrakhan and the NOI and student minister of Mosque No.7 in Harlem, in a heartfelt letter to Min. Farrakhan said, “On behalf of the student laborers and Believers of the East Coast Region, we thank Allah for the life of your and Mother Khadijah Farrakhan’s son Louis Jr. We offer our sincere condolences and prayers of comfort for you and all members of the Farrakhan and Muhammad family. I cherish the days, months and years that I was blessed to know my brother, break bread with him and always share and be benefited with the signature smile of his and a kind and supporting word. I will hold Louis Jr. in my heart until the day I return to Allah.”