The Bed-Stuy 5K Run on the starting blocks 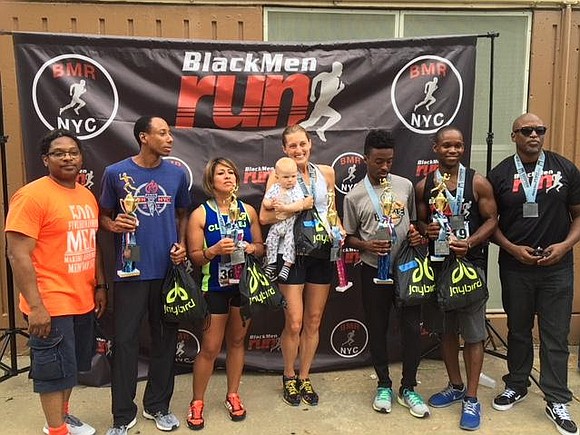 The 500 Men Making a Difference organization is teaming up with other local groups to help promote their annual Bed-Stuy 5K Run/Walk.

The Bed-Stuy 5K Run/Walk is a race through Bedford-Stuyvesant in Brooklyn, N.Y.

This Aug. 4 will mark the fourth year that the 500 Men Making a Difference will be holding their annual Bed-Stuy 5K Run/Walk. All of the proceeds from the race will go to improving Herbert Von King Park in Bedford-Stuyvesant.

As an initiative to build off last year’s race and garner more participants, the 500 Men Making a Difference has enlisted other organizations to help sponsor and promote this year’s run.

One of these partnerships involves the Blink Fitness Gym in Bedford-Stuyvesant. They are providing the first 50 participants in the run a free one-year membership in their gym.

This partnership is one of the many that the 500 Men Making a Difference has used to promote the race. Some of the other entities that are participating this year are Black Men Run, TD Bank, the Bed-Stuy YMCA and the North Brooklyn Runners.

Wayne Devonish, founder of the 500 Man Making a Difference, considered last year’s race to be the turning point for the Bed-Stuy 5K Run. Last year the race had 280 participants.

“Last year’s race was the turning point for us,” Devonish said. “We partnered with Black Man Run Organization, which helped us catapult the numbers we gained in attendance.”

Although the Bed-Stuy 5K Run is meant to help improve Herbert Von King Park, the race can also be seen as an ongoing health initiative for anyone who participates in it.

“Health, wellness and exercise is something everyone can relate too,” Devonish said. “Everyone knows exercise is good.”

The Bed-Stuy 5K run will start and end in Herbert Von King Park. It will go from Clifton Place to Classon Avenue to Willoughby Avenue and down Stuyvesant Avenue and finishing on Van Buren Street. The race kicks off Aug. 4, 2018.

The 500 Men Making a Difference is a nonprofit organization that specializes in mentoring young males. Some of their work consists of participating in the community projects and doing volunteer work throughout New York City, and also in Ghana.

Their website states, “500 Men Making a Difference acknowledges the work that must be done to improve the lives of many brothers and their families, by creating a rich culture in Brooklyn that offers fertile ground for the cites children to prosper, and developing a long-lasting legacy and a future without limits.”