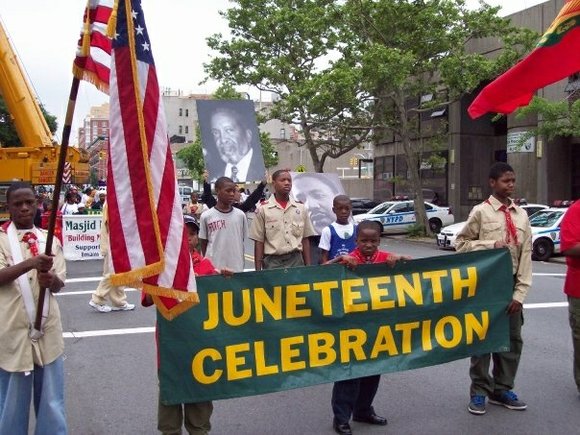 June 19, also known as the official celebration of the emancipation of slavery, Freedom Day, Emancipation Day and Juneteenth, commemorates the June 19, 1865, announcement of the abolishment of slavery in Texas as well as freedom for slaves throughout the former Confederacy of the southern states.

It is important to remember that Juneteenth is more than a celebration of freedom but is a commemoration of making it real. Although the day initially was only celebrated in some states, the honor has spread across the country. As of May 2016, 45 of the 50 States and the District of Columbia recognized Juneteenth as either a state or ceremonial holiday. States that do not recognize Juneteenth include Arizona, Utah, Montana, New Hampshire, North and South Dakota and Hawaii.

June 19, 1865, General Gordon Granger rode into Galveston, Texas, and issued General Order No. 3. This was almost two and a half years after President Abraham Lincoln initially signed the Emancipation Proclamation.

This answers the question for many who ask if the Emancipation Proclamation freed the slaves. The Proclamation, issued Sept. 22 ,1862, was to notify the states in rebellion against the Union to cease and return by Jan. 1, 1863. If not, Lincoln would free their slaves. However, the Proclamation was ignored and did not apply to states that did not rebel but still held approximately 800,000 slaves.

For African-Americans Juneteenth symbolizes freedom as the Fourth of July symbolizes freedom for Americans. This annual historical milestone continues to remind African-Americans young and old of the triumphs our ancestors conquered throughout slavery, including the survival of the inhumane institution of bondage, as we demonstrate pride through the astounding legacy of perseverance.

Such holidays as well as Black History Month are crucial times for all African-Americans to take full advantage of the opportunities and freedoms that those who came before us did not have. It is meant for more than partying and festivities but is also meant for educating each other and encouraging self-development and improvement.

But one question remains standing. How do the newer generations take part in acknowledging and understanding Juneteenth? Juneteenth Committee Coordinator Ade A. Rasul said, “We need to execute our rights and involve our people. Although we are free on paper we have a long way to go.”

This year marks the 25th year anniversary of The Juneteenth Committee of Masjid Malcolm Shabazz and The Martin Luther King Jr. Center New York Support Group have celebrated the holiday with a Celebration Parade and Street Fair in New York City. This year’s celebration will feature anniversary T-shirts, basketball and double-dutch tournaments, performances on three stages and even an essay contest based on unknown African-American investors. The celebration will start at 116th Street between Lenox and Fifth avenues at 11 a.m.

New York City will also offer 15 New York Museums One Special Night. June 19, 2018, from 4 p.m. to 8 p.m. guests can visit 15 museums and historic sites in lower Manhattan, with each being in comfortable walking distance from one another.

Also in the city this year’s Juneteenth family fun day theme is Unifying Culture. The day aims to “unite and empower youth in East Brooklyn community with a dynamic celebration featuring a community talent show, exhibitors, health and wellness screeners on June 16, 2018.”

As the Juneteenth flag soars with its red and blue split rectangular sections and five-pointed star at its center surrounded by a white outline of a 12-pointed star, it is an eye-catching reminder of the illegal, inhumane conditions many endured as well as their victories, and triumphs.