Liberty get much needed home win 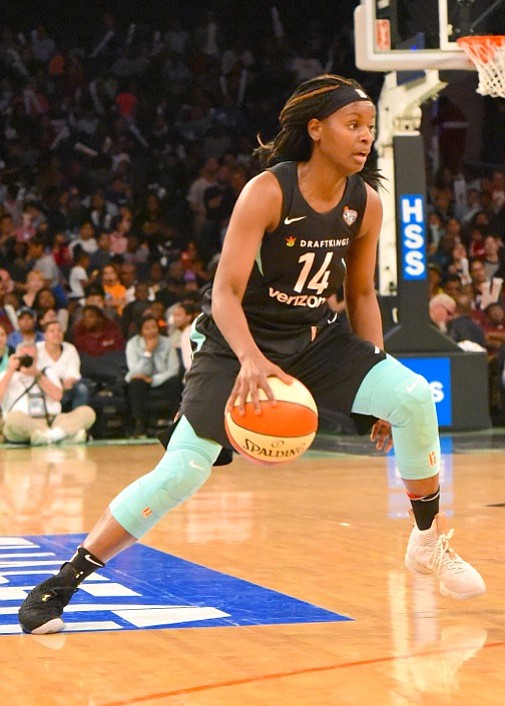 Five New York Liberty players scored in double figures, with guard Sugar Rodgers leading the way with 16 points, as the Liberty pushed past the Indiana Fever 78–75 at the Westchester County Center Sunday. It was a welcome result after dropping two oh-so-close games by single digits.

“It was tough for either team to really get a flow,” said Liberty coach Katie Smith, who the previous day celebrated her induction into the Women’s Basketball Hall of Fame. “It was a really hard-fought game. It just never felt easy, but I thought our squad had a lot of contribution off the bench, which gave us a spark and probably put us over the top.”

“Sugar came in and really gave us a spark on the offensive end, and we needed it to give ourselves a cushion,” she added.

Rodgers made her impact in just 15:27 minutes of play by nailing five three-pointers, all the more impressive given that she’s coming off an injury.

“It’s just about staying with it,” said Rodgers. “When you come back from an injury you don’t always feel the same because you haven’t been playing up and down basketball. Just to be out there and feel like myself feels good.”

Rookie Kia Nurse continues to play well as does point guard Bria Hartley. As she has been since joining her hometown team in 2014, Tina Charles continues to be the Liberty’s driving force.

“The team definitely stepped up,” said Charles after the win. “When you have a team that is playing hard and being very encouraging, it just shows the depth of this team…Everyone is capable of being a star in their own role.”

The Fever game served as this year’s gay pride celebration for the Liberty. The White Plains based organization LOFT: LGBT Community Center was featured. For the third year in a row, the NOH8 Campaign was also on hand.

“For the WNBA, our team, this sport, it really is about diversity,” said Smith. “We embrace it, and it’s a lot of fun to really put it out there and celebrate being comfortable in our own skin.”

“To be with an organization and a league that supports it and even has initiatives for it like Pride Month and to have these Pride games really means a lot,” said Liberty guard Shavonte Zellous.